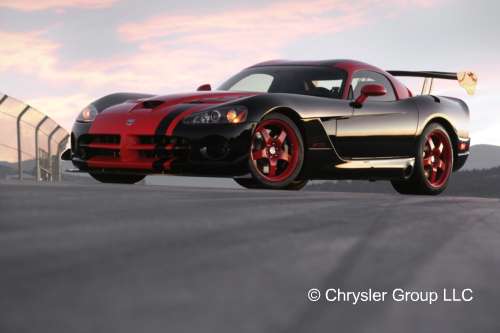 I’ve missed the Dodge Viper—if ever a car screamed “muscle,” the Viper was it—so I’m delighted to see that Dodge is planning on bringing out a 2013 SRT Viper late next year. I bet I haven’t missed it as much as the people that used to build it, however. With the re-opening of Chrysler Group’s Conner Avenue assembly plant, at least some of them will be returning to their home plant.

“The next generation Viper will make its return to the product lineup in late 2012 as a 2013 model,” said Ralph Gilles, President and Chief Executive Officer - SRT Brand and Motorsports, Chrysler Group LLC. “We’re extremely excited that our ultimate American sports car will continue to live on and be produced exclusively here in the Motor City.”

While the first new Vipers won’t be rolling off the line until late in 2012, employees are already being trained. The plant is starting by implementing World Class Manufacturing, a process to reduce waste while increasing quality and productivity. Chrysler said the re-opening brings nearly 150 jobs back to Detroit, and makes it the only auto manufacturer with two plants in the Motor City.

The original Viper was built from May 1992 to July 2010, initially at the New Mack Assembly Plant, moving to the Conner facility in late 1995. Because the cars were hand-built, only about 12 a day left the plant. Only 22,070 of the original Vipers were built at the Conner Plant, out of 28,056 total Vipers produced, but it was never really intended to be a mass production car. Even as a sports car, its V-10 engine set it apart from much of the competition (a truck version was also used in the Dodge Ram). As the name suggests, it was inspired by the AC Cobra and, in fact, Carroll Shelby was involved in the design. He drove a pre-production version as the pace car in the 1991 Indy 500.

Tesla Giga Berlin's New Hurdle: It's Not Only the Gov't, but Now Tesla Itself
Teslas Are Sold Out Until 2023, But The Timing May Reverse
END_OF_DOCUMENT_TOKEN_TO_BE_REPLACED