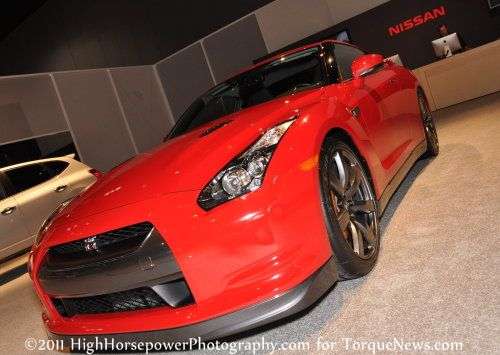 Nissan being overlooked despite great sales: Here is the challenge

It was way back in 1999 when the Nissan brand was falling off the map. Even though it did make a pretty powerful comeback in China, a land where car growth is apparent, Nissan is not being noticed as it should.
Advertisement

Nissan, which is a Yokohama company, at one point in time, had passed the ever popular Honda brand in popularity and was seen as Japan’s second largest auto maker. Nissan sold 1.3 million cars last year to name itself as the largest Japanese brand. Since then, it has expansion plans for 2.3 million. However, why isn’t this being noticed?

Nissan has been fighting hard to bring its name to the forefront. It was the car manufacturer that recovered most quickly from the March 11th catastrophic tsunami in Japan. Nissan’s manufacturing engine factory is located in Iwaki, which is 60 miles away from Fukushima. Toyota and Honda were not that lucky, but much closer to the disaster area. Nissan’s plant, on the other hand, was up and running again after the tsunami in approximately two months time.

Another interesting fact is that that Nissan has only 25 percent of its world output in Japan and had less exposure than Honda or Toyota; however, still was said to have done better than both other car companies.

So, with Nissan surviving and surpassing Honda and Toyota in one of the Japan’s most difficult years, but still considered a defining year for Nissan, is it not doing as well as it should or could do? It’s because Nissan is not producing enough cars.

Colin Dodge, Nissan’s Chief Performance Officer and Executive Vice President made this statement in an interview in Yokohama, “At the moment, we’ve only got one problem – making enough cars. I’ve got back orders for 30,000 cars in Mexico, 20,000 in Latin America. In Europe, even though they’re working seven days a week with shifts, I’ve got orders going back for two months on Qashqai. We’ve recovered from the earthquake as a company, it seems like, about two months quicker than Toyota, and Honda is still not recovered.”

And Dodge continues to explain defining factors as to why Nissan is not doing better: The yen. Dodge made this statement, “The yen, of course, is unfortunate. However, we’re doing our best to mitigate the effects of the yen. We’re praying for the Japanese government to do something in terms of quantitative easing. If not, it’s looking pretty dark, obviously, but I wouldn’t be depressed for the next six to eight weeks. Let’s make some cars, and sell the cars in the system.”

Lastly, Dodge made this statement in a press release, “We're praying for the Japanese government to do something in terms of quantitative easing.”

John Martin, a corporate vice president at Nissan told the Wall Street Journal, "The situation requires very determined and decisive action by the government. We're very confident that [Japanese Prime Minister Yoshihiko Noda] is going to learn from this issue with the Swiss Franc," said Mr. Martin, referring to the Swiss central bank's decision to set a ceiling for the franc against the euro.