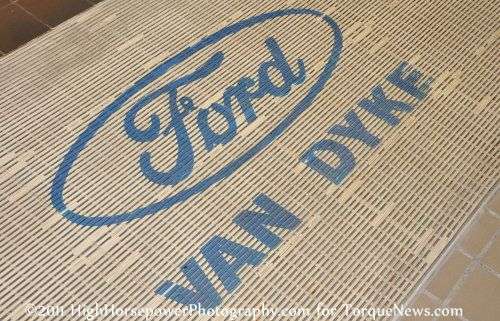 Ford Motor Company and the United Auto Workers Union have an expiration date of September 14, 2011 for their labor contract. However, the collaborative effort may have to be extended beyond that date.
Advertisement

Although Mark Fields, the company’s president of the Americas is currently in Germany for the 2011 Frankfurt Motor Show, he is keeping very close tabs on what is going on between Ford and the United Auto Workers. According to Bloomberg, Fields shared that things are going smoothly between Ford and the Union at this point and he stated, “We’re meeting regularly but I would expect that if we don’t get a contract, we’ll agree on an extension.”

Ford Motor Corp is the only automaker where a strike can occur if terms are not agreed upon between Ford and the Union. Although there had been issues between UAW members at GM and Chrysler, “as part of U.S.-backed bankruptcies in 2009, agreed to a no-strike pledge and to take unresolved issues to binding arbitration.” Ford; however, did not receive a U.S. bailout, according to Bloomberg.

Although some have said a strike may occur, Kristin Dziczek, a labor analyst at the Center for Automotive Research in Ann Arbor, Michigan said that a strike happening is “very, very, very slim. The deadline is useful to promote action, but it’s not like all hell will break loose if they go past it. Most definitely, Ford will be looking at an extension, but that is not in any way a sign that the wheels are falling off,” shared Dziczek as reported by Bloomberg.

General Motors is the company which is closest to a conclusion as far as negotiation with the UAW and they are the ones most likely to set the standard for what wages and benefits will be for the U.S. automakers, according to Dziczek. She stated, “Ford will craft their own version of the pattern once the other two are done. The grievance is a mechanism to give Ford workers more money. There are 35,000 signatures on that grievance and a lot of them have a vote on this contract.”

Ford Motor employees have already filed an “equality of sacrifice” grievance against the Ford Motor Company to help bring back raises, tuition assistance and 401(k) matches to salaried workers last year. The arbitration hearing on this grievance is scheduled for September 15, 2011. This is the day after the company’s contract with the United Auto Workers Union expires and why there may need to be an extension to the contract.