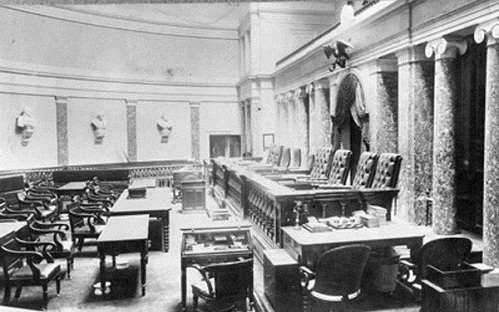 US Supreme Court to decide GPS use in surveillance

The US Supreme Court will decide if lawmen must have a warrant to use a GPS tracking devise for an extended period of around-the-clock surveillance.
Advertisement

The case began after FBI agents fitted a GPS devise on the Jeep Grand Cherokee driven by suspected Washington, D.C. drug trafficker Antoine Jones after obtaining a warrant from a federal judge. The judge, however, required the GPS tracking unit be installed within 10 days and when the Jeep was in Washington, D.C. But the agents took 11 days to install it and did so in a Maryland parking lot, not in the Capitol.

During the month that the GPS tracked Jones’ every movement, agents linked Jones to a house in Maryland , which the FBI raided, seizing 97 kilograms of powder cocaine, almost one kilogram of crack cocaine, $850,000 in cash, and equipment used to process and package narcotics.

Charged with drug trafficking, a Federal District Court jury acquitted Jones of several charges but could not reach a verdict on the drug conspiracy charge. Jones was retried and convicted of conspiracy.

On appeal, Jones’ defense team argued that investigators violated his Fourth Amendment right to privacy by failing to meet the conditions of the federal warrant. The US Court of Appeals for the District of Columbia considered the length of the GPS surveillance, not the installation of the GPS.

The appellate court reversed Jones’ conviction holding that the month-long surveillance was significantly more intrusive than the single-trip surveillance that the US Supreme Court previously ruled did not require a warrant.

Prosecutors, in their petition for US Supreme Court review, contended that the appellate court ruling would prevent law enforcement from using GPS in investigations and that the land’s highest court needed to conduct judicial review.

“Federal law enforcement agencies frequently use tracking devices to follow leads and tips before suspicions have ripened into probable cause and without a clear idea of how long it will take to gather useful information,” wrote Solicitor General Donald Verrilli.

The government also contends, as it stated in its petition to the high court, that "a person traveling on public thoroughfares has no reasonable expectation of privacy in his movements from one place to another."

The American Civil Liberties Union stated that “the court has the opportunity in this case to safeguard Fourth Amendment privacy protections in the face of technological advances. Police surveillance using GPS technology raises significant privacy concerns."

In granting review, the US Supreme Court required the parties to prepare arguments on another question, whether law enforcement must obtain a warrant to install a GPS devise.
A ruling will not be soon. The next term of the US Supreme Court begins in October and continues to June, and the court is expected to hear the case at some point during their next term.

R.C. wrote on July 1, 2011 - 8:16pm Permalink
If the government can place a surveillance device inside a vehicle to track them without probable cause; then claim because the vehicle traveled outdoors that they have people have no right to privacy in public spaces: What *CAN'T* the government track without warrant?