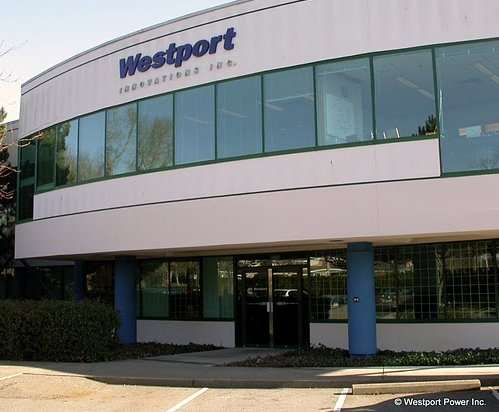 Under the agreement announced Tuesday between the two companies, Westport and GM will blend their expertise to develop controls, emissions and performance strategies for light-duty vehicles.

“We are excited to work with GM and invest in advanced natural gas technology for the automotive market,” said Ian Scott, president of Westport’s light-duty division. “This technology offers the promises of a cleaner, lower cost fuel and reduced carbon footprint, while advancing the use of domestic energy.”

The supply of natural gas is abundant in North America.

“Natural gas is 97% North American sourced and much less expensive than gasoline or diesel fuels,” said Lapetz. “It also produces about 15 – 20 percent less CO2 than those fuels.”
Westport’s planned acquisition of Emer S.p.A. of Italy is an integral part of our strategy to provide partners, such as GM, with the most advanced integrated solutions,” Scott said.

To support OEM programs, Westport plans to add research and development facilities to develop technologies that enable vehicles to run on natural gas for business and government fleets, and personal use. Utilization of domestic energy, the creation of jobs and protection of the environment, are part of Westport’s business objectives.

Westport also will open a technology center in Michigan. The company currently employs 15 people in Farmington Hills, Michigan, and Westport plans to add more people and invest in facilities as demand for natural gas-powered, alternative-fuel vehicles.

“While this is a ground-breaking move for a North American auto manufacturer – particularly GM, with their strong light-duty focus – we believe this is the first step in a long development process that will need to see significant incremental advances in efficiencies and investment in fueling infrastructure before the R&D will translate into sales,” said analyst Rupert Merer at National Bank Financial.

Soapy Johnson wrote on June 30, 2011 - 4:44am Permalink
Alternative energy – fine til you race with it. Were you at the Chevrolet Volt 400? Tell your story on the Facebook page >> “NASCAR pulls the plug on inaugural Chevrolet Volt 400″ << http://placeitonluckydan.com/2011/05/nascar-pulls-plug-on-chevrolet-volt-400/