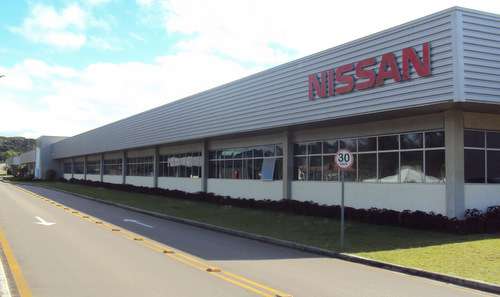 Nissan, and its alliance partner Renault, have both announced aggressive expansion plans in Brazil, which is one of the fastest-growing automotive markets worldwide.
Advertisement

Nissan has announced a plan to invest $1.42 billion in a new production facility in Brazil, citing a goal to triple its market share in what is predicted to be Latin America's largest economy by 2016. As part of the Nissan-Renault Alliance, Renault made its own announcement about a $285 million expansion to an existing facility in Brazil, where vehicle sales have risen 10 percent or more for the past five years, making it the world's fifth-biggest automotive market by volume.

Nissan and Renault CEO Carlos Ghosn said "Just as Nissan has demonstrated in China, Russia, and India, we are investing in the regions with the most potential for growth." This comes as interesting news, since the Brazilian government announced a tax increase in September on foreign automakers as a method of maintaining domestic jobs.

Nissan's new facility will be located in Resende in the state of Rio de Janeiro, with a 200,000-vehicle-per-year capacity; no numbers on the increased capacity of the soon-to-be-revamped Renault facility, which is located in Parana, are available. The Nissan facility will be the first plant exclusive to Nissan in the country, and will build compact cars based on Nissan's V platform, like the March. Nissan also plans to launch the Versa in Brazil next month.

Nissan hopes to get a 5 percent chunk of the Brazilian auto market by 2016, compared to the 1.7 percent it has now, while Renault, already the fifth-largest automaker in Brazil, wants to expand its market share from 5 percent to 8 percent in the same time frame.