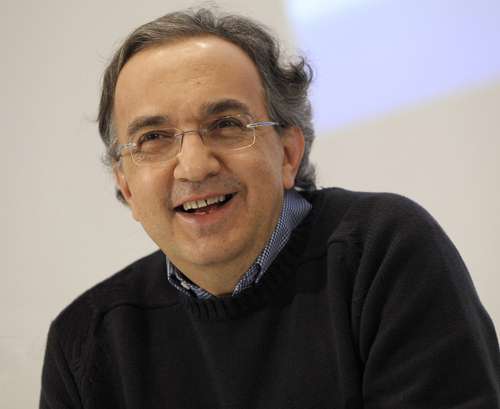 Fiat CEO Sergio Marchionne says he is not willing to risk the Italian automaker's credit rating to take over ownership of Chrysler.
Advertisement

Fiat won't be buying Chrysler out completely, according to CEO Sergio Marchionne.

"We can't jeopardize the rating of Fiat to get this done," Marchionne said in Italy yesterday during the presentation of the Fiat Freemont, a European version of the Dodge Journey crossover.

Fiat will likely buy out the Canadian government's remaining stake in Chrysler by the end of the year, and has the US government's approval to buy shares of the United Auto Workers retiree trust's interest in Chrysler, expected to be 41.5 percent at that same time. But that option is not currently being discussed, according to Marchionne.

"The easiest route is to do an initial public offering [of Chrysler]," Marchionne said, expressing interest in putting shares of Chrysler on the market. But that won't happen this year. "The market is not there," he said.

After buying the US government's remaining 6% of shares in Chrysler, remnants of its bankruptcy in 2009, Fiat currently owns 52% of Chrysler. Developing a fuel-efficient car for Chrysler to help meet upcoming CAFE regulations will net Fiat another 5% interest.

Fiat does not plan to offer an IPO of Ferrari, its most profitable brand, as Marchionne said there is "no urgency" to raise capital. But it's "always a possibility."

His goal this year for Chrysler is to raise its global sales by 2 million vehicles, or 32%, and to raise annual profit from $200 million to $500 million.