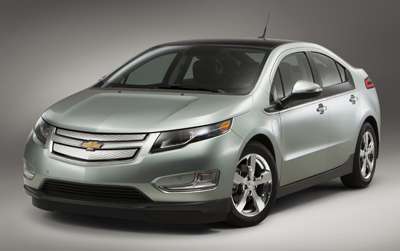 Dealers in all 50 states can place orders for the Chevrolet Volt starting today; 2012 model has more options, yet base MSRP is $1,000 cheaper.
Advertisement

The 2012 Chevrolet Volt can be ordered through Chevrolet dealers in all 50 states beginning today.

That puts the 2012 Volt over $1,000 cheaper than the 2011 Volt, thanks to a new total of seven option and trim levels designed to broaden its appeal as it goes on sale nationwide. The Volt was previously only available in seven states and in Washington, D.C.

A Chevrolet Volt with navigation, reverse camera, leather interior, and premium wheels will cost $46,265, or $38,765 with the tax credit.

The Chevrolet Volt has been making headlines since it was in the conceptual stages, as it is a plug-in hybrid advertised to be able to go up to 35 miles purely on electric power alone, at which point an on-board gasoline engine generator would start up and recharge the batteries, offering a total range of 379 miles.

Chevrolet Volt marketing director Cristi Landy said "We are giving consumers greater choice of content as the Volt becomes available nationwide by the end of the year."

Distribution nationwide of the Chevrolet Volt will be in phases, so availability will be initially be limited. Chevrolet is projecting 45,000 Volts to be built during the 2012 calendar year.