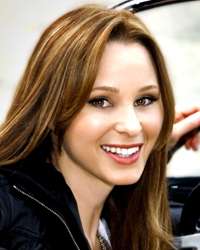 The Motor Press Guild named Laura Burstein its president on Friday. She formerly was vice president of the organization. The guild, which is based in Los Angeles, is the largest automotive media association in the United States and Canada.
Advertisement

At the same time, the guild loses the leadership of former President James Bell, who is newly hired as head of consumer affairs for General Motors. He remains as a member of the board of directors but cannot be the guild's president.

This is because the Motor Press Guild is a nonprofit whose bylaws require the president and vice president be true journalists. Bell's new job makes him a public-relations pro instead of a journalist.

Burstein's presidency is good for the rest of the calendar year.

"We wholeheartedly congratulate James Bell on his new position and appreciate the contributions he made to the Motor Press Guild as president," said Burstein (pictured), a driving enthusiast and road racing fan who writes for Family Car Guide and other outlets.

According to her online biography, Burstein is an author who also does consumer-focused vehicle reviews, buying advice, safety tips and best-driving practices. Here is a YouTube clip of Burstein in action. http://www.youtube.com/watch?v=LgaYJDXTGsk

"I look forward to working with our board and staff members to ensure MPG remains a standard of excellence for its members and the greater automotive community," Burstein added.

In a letter to the guild's members, Bell wrote, "It has been a sincere pleasure to serve you the last 18 months, and I hope that your MPG experience has been as rewarding as my own. Rest assured that Laura has been the most amazing VP that a president could ever wish for and therefore we will have zero downtime during this transition."

No vice president replacement was named.

The Motor Press Guild in California has more than 700 members. It is dedicated to promoting professionalism in automotive journalism through education and information exchange. Members include journalists, PR people, consumer groups and government officials.