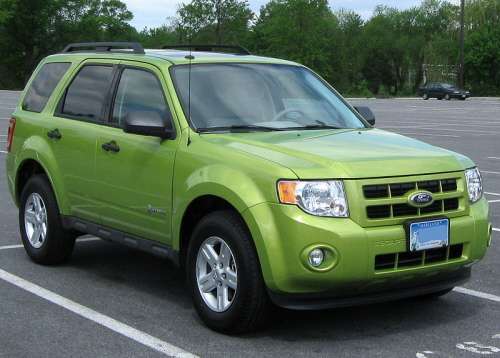 How Ford, Chrysler, GM and America are beating the odds to succeed in hard times

Here is a White House Blog Post today on "the Revitalization of American Cities with the Resurgence of the Auto Industry." It was prepared by David Agnew for the president and the American people. Agnew is deputy director of the Office of Intergovernmental Affairs.
Advertisement

This week, the White House released a report highlighting the resurgence of the American auto industry. The report discusses the jobs created in the sector, the turnaround of the companies that are now turning a profit, and how entire communities have been revitalized by a strengthened auto industry.

In advance of the president’s trip to Chrysler Group’s Toledo Supplier Park in Ohio today, we heard from local officials around the country on how the recovery of the American automobile industry has impacted their communities.

The comeback Kokomo has experienced due to the resurgence of the auto industry can be seen all around the City of Kokomo. Delphi is building a $25 million new state of art facility, Chrysler is investing over one billion dollars in their Kokomo facilities and our local economy is benefitting. Those who called for liquidation of the American auto industry did not have to look into the eyes of the auto industry employees who depend on these jobs to feed their families and send their children to school. They are my lifelong neighbors and friends; I know the impact these jobs have on our community.

Flint was named one of Kiplinger's 11 comeback cities of 2011 because of job growth that is coming from the American auto industry. This is a historic turnaround for our community after more than a decade of net job losses. 750 more workers will be heading into the Flint Truck Assembly to go to work on a third shift because the American auto industry is again leading the world in quality and innovation.

From Racine, Wisc., Mayor John Dickert wrote to us:

We have several companies in Racine, large and small, who work directly in the automotive field. Without the president’s vision and his ability to make the right, albeit tough decisions, these workers would have been added to the unemployment lines, making our efforts to move Racine forward even more difficult.

Like so many Midwest cities, Grand Rapids was slammed by the downturn in automotive manufacturing. The power of the automotive rebound is found in every economic sector from manufacturing to retail to hospitality and tourism.

We firmly believe that this tremendous investment by the Ford Motor Co. in Louisville would not have been possible if not for the coordinated efforts by the policies of President Obama to assist the auto industry along with major contributions from Gov. Steve Beshear and then Mayor Jerry Abramson to turn an outdated assembly plant into the best auto manufacturing facility in the world.

We want to hear from you too. Share your story about how the automobile industry resurgence has affected the economy in your community.

You can reach TorqueNews.com's Hawke Fracassa at [email protected] to find out where to write the White House.

Image source: Wikipedia picture is of the 2011 Ford Escape Hybrid, a product of the Louisville plant