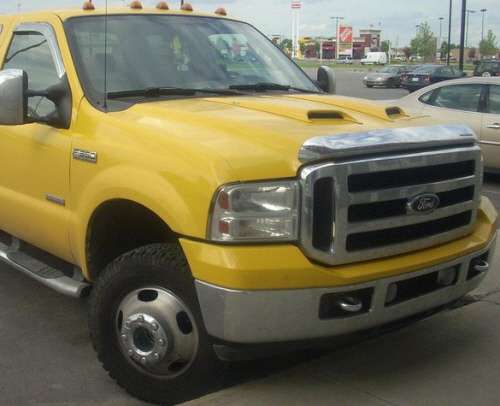 Toyota and Ford announced today they are teaming to develop an advanced hybrid system for trucks and sport-utility vehicles and will collaborate on other projects as well.
Advertisement

Today the companies announced the signing of a "memorandum of understanding" and will formalize the agreement in 2012.

Both companies say they have been working independently on their own future-generation rear-wheel drive hybrid systems. In a statement released today, the two said this morning this new hybrid powertrain they will collaborate on will deliver greater fuel efficiency. Ford and Toyota believe that by blending their creative staffs' ideas that these hybrid technologies will be available to customers sooner and more affordably than either company could have accomplished alone.

“Ford achieved a breakthrough with the Ford Fusion Hybrid, and we intend to do this again for a new group of truck and SUV buyers – customers we know very well.”

Takeshi Uchiyamada, Toyota executive vice president, Research & Development, said: “In 1997, we launched the first-generation Prius, the world’s first mass-produced gasoline-electric hybrid. Since then, we have sold about 3.3 million hybrid vehicles. We expect to create exciting technologies that benefit society with Ford – and we can do so through the experience the two companies have in hybrid technology.”

Under the agreement, the two companies will bring the best of their independently developed hybrid powertrain technology and knowledge to a new co-developed hybrid system, which will be used in rear-wheel-drive trucks arriving later this decade. Specifically, Ford and Toyota will:

Jointly develop as equal partners a new rear-wheel drive hybrid system and component technology for trucks and SUVs.
Independently integrate the new hybrid system in their future vehicles separately.
“By working together, we will be able to serve our customers with the very best affordable, advanced powertrains, delivering even better fuel economy,” said Ford President and CEO Alan Mulally.

“This is the kind of collaborative effort that is required to address the big global challenges of energy independence and environmental sustainability.”

Toyota is excited to work with Ford, based on the symmetry they've discovered in conversation.

“Toyota is extremely proud to join Ford in developing a hybrid system for pickup trucks and SUVs. Not only is this tie-up clearly one aimed at making automobiles ever better, it should also become an important building block for future mobility in the U.S." said Toyota President Akio Toyoda.

"By building a global, long-term relationship with Ford, our desire is to be able to continue to provide people in America automobiles that exceed their expectations.”

This rear-wheel-drive hybrid system will be based on an all-new architecture. While the rear-wheel-drive hybrid system will share significant common technology and components, Ford and Toyota will individually integrate the system into their own vehicles. Each company also will determine the calibration and performance dynamics characteristics of their respective light pickups and SUVs.

ganar dinero po... wrote on August 22, 2011 - 5:22pm Permalink
The obvious reason for this partnership is the new CAFE regulations on light trucks. As this partnership is suppose to bear fruits by the end of the decade, both Toyota and Ford are concerned about the new regulations that require a CAFE EPA mileage for light trucks to get a combined 39 mpg for trucks that are 41 sq ft or smaller, and 25 mpg for trucks that are 75 sq ft or bigger (such as the F-150). For Ford, getting a combined 25 mpg on an F150 is going to be absolutely crucial, as its Ford (and America's) top selling vehicle. For Toyota, who's truck sales volume is small and is only relevant in North America, putting a lot of R&D for trucks has poor economies of scale.
Find a car wrote on August 24, 2011 - 4:10am Permalink
If they come up with a system for trucks, maybe they can use it in large cars. All auto companies should be collaborating and expanding their partnerships to get the best technology available into every single vehicle sold....This is a promising start, but the real game changing will happen once new capacitor technology is finished.
Dani | make mon... wrote on September 29, 2011 - 7:34pm Permalink
aqui les dejo un blog donde puedes ganar dinero!