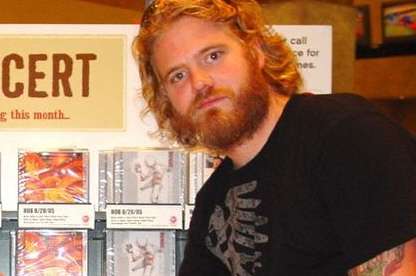 "Jackass" movie star Ryan Dunn is the latest celebrity to die in a car crash. Dunn (pictured) has wrecked his car in West Goshen, Pa., near Philadelphia about two months after a car crash that killed Macho Man Randy Savage in Florida.
Advertisement

And on Monday, Lorenzo Charles, a forward who gave the North Carolina State the 1983 NCAA basketball championship with a last-second dunk to defeat heavily favored Houston, died on a North Carolina highway when the bus he was driving crashed. He was 47.

In the Randy Savage case, after the champion wrestler had chest pains, jumped a median and drove his Jeep Wrangler into a tree and died in a Florida hospital, he was cremated. Lost forever to his legions of fans.

That made Macho Man next in a long line of celebs taken from us suddenly, without warning, in a crash of some kind, the same way we lost such icons as James Dean, Lady Diana, Grace Kelly and George S. Patton.

The lesson these deaths teach us is that just because you're famous doesn't mean you're immune to danger. It can be dangerous to operate a motor vehicle, whether it be a car, truck, SUV or Jet Ski like the one rapper Sean Kingston crashed in but survived last month. Fortunately for Mr. Kingston, he is on the mend.

Mr. Savage, a charismatic tough guy known to his family as Randy Mario Poffo and to legions of rabid wrestling fans as Macho Man, met a different fate. He died at a hospital in Largo, Fla., after his accident. He was 58.

The former champ of the World Wrestling Federation and World Championship Wrestling grew up in Chicago and is perhaps best known as Hulk Hogan's fiercest rival.

Mr. Hogan told the Los Angeles Times he and Mr. Savage had begun speaking to each other recently for the first time in 10 years. "He had so much life in his eyes and in his spirit, I just pray that he's happy and in a better place and we miss him," Mr. Hogan said.

Like Mr. Savage, the first person to die in a car accident had tasted fame, though on a much smaller scale.

Mary Ward, a renowned 19th century scientist, mother of eight and great-grandmother to actress Sarah "Lalla" Ward (Romana in the TV show "Doctor Who"), was pitched from a steam-powered car while navigating a bend in the road near her home in northern Ireland more than 150 years ago, according to Wikipedia.

Mrs. Ward fell under the car, which was going no faster than 4 mph, and died from head injuries and a broken neck on Aug. 31, 1869.

Toughness doesn't save anyone, as the fates of Mr. Savage and Gen. George S. Patton illustrate. Gen. Patton, the irascible Army leader, was bullet-proof on the battlefield but was felled for good on Dec. 9, 1945, from injuries he sustained in a car crash.

The nature of such tragedies stir emotions within us, especially when the victims are beautiful women.

When Lady Diana of the royal family was killed on Aug. 31, 1997, in a high-speed crash, the world stood still in hushed silence. Grace Kelly, the princess of Monaco, died Sept. 13, 1982, after suffering a stroke while driving and plunging down a mountainside, leaving mourners aghast.

Auto crash deaths can be mild or wild. Steve Allen, a late-night talk-show host before Jay Leno was the Next Big Thing, died in his sleep Oct. 30, 2000, after a fender bender that ruptured his heart tissues. Jessica Savitch, an NBC News reporter, died Oct. 23, 1983, after the car she was riding in plunged into the Delaware Canal.

When a head-on collision left heartthrob actor James Dean dead on Sept. 30, 1955, Americans, especially young girls, sobbed uncontrollably. NASCAR fans still cry over the driver of the "3" car, Dale Earnhardt, who died Feb. 18, 2001, in a crash on the track at the Daytona 500.

A teen-ager driving drunk killed comedian Sam Kinison in a crash on April 19, 1992. Ernie Kovacs, another comedian, died Jan. 13, 1962, after smashed into a utility pole.

Movie stars have met their maker in crashes as well. Cowboy actor Tom Mix died Oct. 12, 1940, after driving into a gulley caused by a washed-away bridge. Desmond Llewelyn, “Q” in the James Bond movies, died Dec. 19, 1999, in a head-on collision.

Sometimes famous people die when they're not even in the car. Margaret Mitchell, author of "Gone With the Wind," died Aug. 16, 1949, five days after being struck by a speeding car as she tried to walk across a street.

Dave Menard of Avanti NewsFeatures in Lake Mary, Fla., contributed to this report. You can email TorqueNews.com's Hawke Fracassa at [email protected]