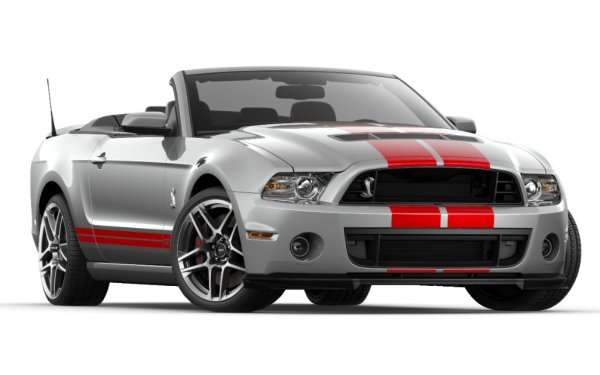 The fastback-only 2015 Ford Shelby GT350 Mustang is the most track-capable Mustang of all time, but those folks who have shelled out big money in the past for the likes of the drop-top 2013-2014 GT500 are eagerly anticipating a proper high performance pony car with a folding top – which shows even more need for a new Shelby GT500.
Advertisement

I spent this past weekend at the dragstrip, racing one of my own cars and talking with other racers around the grounds and in the staging lanes, including a 2014 GT500 Convertible owner named Ron. Ron isn’t a racer and he was only at the track to watch one of his friends race a GT500 coupe, but he likes having a high powered car for fun on the street. More importantly, he insists on having a go-fast convertible and while he has owned several drop-top Shelby Mustangs – the lack of a convertible package makes the new GT350 unappealing to Ron.

He would be happy with the GT350 Mustang with a 526hp flat plane V8, but there is no convertible and while he gets why there is no GT350 convertible, he points out that this is “why they should still be offering the GT500”…and he is right.

GT500 Convertible Demand
In searching around the internet, I’ve been able to find the take rates for the GT500 Mustang from 2007 through 2014 and across those 8 model years, the ratio of GT500 coupes to convertibles ranges from 3:1 to 6:1 with convertible sales ranging from 555 to 2,695, although sales figures tend to hover around the 900 unit mark. The GT500 Mustang coupe has always comfortably outsold the convertible, but a ratio of 3:1 and regular US sales of just under a thousand units annually shows a clear demand for a high performance Mustang convertible and for many of those people – the 435hp Mustang GT just won’t do.

The reason that I specified “wealthy” in the title is that the people who buy cars like the 2014 Shelby GT500 Convertible or the 2015 Camaro ZL1 Convertible are a little different from the folks buying the Mustang GT or Camaro SS. They obviously have more money to spend and because of that, they often buy a new car more often than those folks buying a more affordable V8 model. This is why many modern Shelby Mustang owners have had more than one version. Ron has had three GT500s, including his 2014, a 2010 and a 2008.

These folks want a new Mustang convertible, but they don’t want to go from a 662hp Shelby GT500 to the 435hp Mustang GT and they refuse to “settle” for a hardtop with the new GT350.

No GT350 Convertible Makes Sense, No GT500 Does Not
The 2015 Ford Shelby GT350 Mustang is the most track capable of all time, so it makes sense that it is only offered as a fastback. Removing the roof compromises chassis rigidity which in turns reduces handling capabilities, unless you take further measures to stiffen the chassis. That added element of engineering headache is why the GT350 is not offered with a removable top and the reasoning makes sense to everyone.

However, the fact that the GT350 is a road handling beast doesn’t mean anything to prospective Mustang buyers who want big power and a convertible top. Thousands of people in the US over the past decade have lined up to buy a high performance, high priced super-Stang with a drop-top. People like Ron – thousands of them – want a next generation Ford Mustang with comparable power to the previous GT500 models.

We all know this and Ford knows this, so where is the next generation Shelby GT500? My guess is that it is waiting patiently in a limited-access design lab, and once the 2015/2016 Shelby GT350 rollout is well underway, I expect to see a new high performance Mustang with a convertible top. Of course, the next GT500 will also come in fastback form, but should that package arrive for 2017, convertible lovers should have their wishes granted.