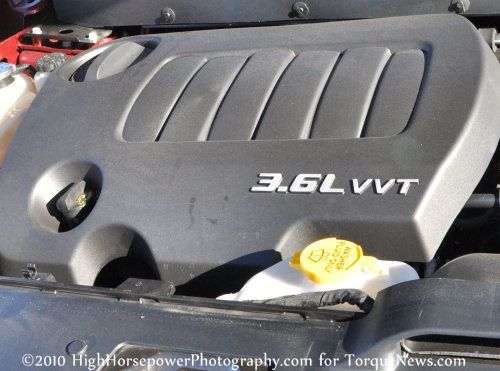 Ward’s Auto has named their top 10 engines for the 2011 model year and while the list is dominated by European models, American automakers took home a few acclamations for engines that are vital to the success of those companies.
Advertisement

Ward’s Auto began the process of picking the 10 best engines for 2011 by evaluating 38 vehicles with new or vastly redesigned engines. In the end, the 10 winners were comprised of 5 European engines, 3 American engines, 1 Japanese engine and 1 Korean engine with representatives from Volkswagen Auto Group, BMW, Chrysler Group, Ford Motor Company, General Motors, Hyundai, Nissan Motors, and Volvo taking home prizes for offering one (or more) of the 10 best engines for 2011.

This year’s awards were the 17th annual and with General Motors and Chrysler climbing out of bankruptcy, it comes as great news that Chrysler’s Pentastar 3.6L V6 and General Motors’ 1.4L Voltec engines both got the nod as being among the top engines in the world. However, with Ward’s also recognizing the electric engine in the Nissan Leaf, GM hasn’t gained much ground on what is expected to be its biggest competitor in the US market.

Chrysler has added the new Pentastar V6 to literally every vehicle in their product lineup shy of the Ram brand pickups with varying levels of performance depending on the vehicle application. Chrysler spent years developing this new V6, which Ward’s points out does not rely on direct injection or forced induction like many of the other engines on the list, but with the power output ranging from 283 to 305hp, the new V6 looks to be just as good as Chrysler promised that it would be during the development stages (the engine was then known as the Phoenix V6). The mere fact that this new V6 is so versatile, receiving just simple tuning efforts to power so many different types of vehicles is reason enough in my book for the new Chrysler V6 to deserve the recognition.

General Motors has been doing well lately with a variety of new models (especially from Buick and Cadillac) helping the company’s sales figures to grow gradually but the biggest news from GM over the past year has been the long-awaited debut of the Chevy Volt. The Voltec drivetrain in the 2011 Volt is technically a hybrid, in that it offers both electric and gasoline drivetrain functions but unlike most hybrids ( Toyota Camry, Ford Fusion) which use an electric engine to improve the fuel economy of the traditional gasoline engine, the Volt uses a 1.4L gas generator to charge the electric-motor-driven drivetrain. Thanks to this unique feature, the Volt is the only “hybrid” on the market with the ability to travel short distances without any use of the gasoline engine and unlike other electric vehicles (like the Nissan Leaf), the Volt is not bound to those short distances as the range extending gas engine can keep the Volt going up to and over 300 miles.

Not surprisingly, the return of the fabled Ford 5.0L V8 to the mighty Mustang has gotten Ford onto Ward’s list of the 10 best engines, with variable camshaft timing technology allowing the 2011 Ford Mustang GT to pump out an awesome 412hp while also offering improved fuel economy over the outgoing 4.6L V8.

In addition to the new engines featured from the 3 American automakers, Audi/VW returned for 2011 with a supercharged gas engine and a new turbo diesel, BMW/Mini both used performance minded yet efficient turbocharged engines and Hyundai’s slightly revised 5.0L Tau V8 – which offers an incredible 429hp – put the Korean company on the list for the second year in a row.

For more information on Ward’s 10 best engines of 2011, click here and check out the gallery below for a closer look at the 2011 Chrysler products that debuted at the 2010 LA Auto Show!