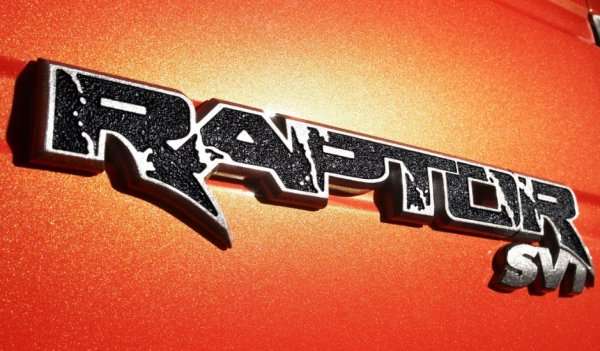 The Upcoming F150 Raptor Could Be Powered by the EcoBeast

Ford Motor Company has moved to trademark the name EcoBeast, which I believe could be the name of the EcoBoost engine that could power the upcoming 2016 Ford F150 Raptor – with more power than we have seen from any other production EcoBoost engine.
Advertisement

According to a recent report by MotroLix, Ford Motor Company has applied for a trademark of the word EcoBeast for use with an automobile or automobile engine. This report comes just a few weeks before the next generation Ford F150 Raptor is set to debut in Detroit and like myself, many people believe that EcoBeast could be somehow tied to that new off-road performance truck. There is no other information included with the trademark application so all I can do is speculate as to what the EcoBeast could be – but these possible ideas are all pretty exciting.

I believe that EcoBeast will be associated with the new 2015 Ford F150 in one of three ways – as a name for a specially tuned EcoBoost engine in the Raptor, as a unique package for the Raptor or as a future radical concept pickup that would bear the EcoBeast name.

EcoBeast Under the Raptor Hood
Since the 6.2L V8 that motivated the previous generation Ford F150 Raptor was discontinued, it has left us wondering what the Motor Company will use to power the new Raptor that is based on the 2015 F150. Due to the rabid popularity of the 3.5L EcoBoost V6, it has been speculated that Ford would use a specially tuned version to power the next generation SVT Raptor. This high performance twin turbo V6 could be named the EcoBeast, and this moniker could help set the SVT version of the 3.5L EcoBoost V6 from those versions with lesser performance.

Even better, what if the EcoBeast is the long-awaited first application of EcoBoost technology to a V8 engine?

The EcoBeast as a Raptor Trimline
If there EcoBeast name isn’t used for the engine of the Raptor F150, the next possibility could be a trimline name that relies on the 3.5L EcoBoost engine. Should Ford want a specially tuned EcoBoost engine to fit right in with the rest of the EcoBoost family, they might not want to give the engine a name of its own. However, if the Raptor is to have two different forms – one powered by the 5.0L V8 and another powered by the 3.5L EcoBoost V6 – perhaps the EcoBeast could be the name of the V6 version.

Really, if you put a standard 3.5L EcoBoost V6 with 365hp and 420lb-ft of torque in the lightweight 2015 F150 and add the SVT Raptor features, there is no question that the resulting pickup would be a real beast. An EcoBeast. Again, it has a nice ring to it.

EcoBeast as a Concept
The final option for the EcoBeast name is as some sort of extreme F150 concept. Perhaps Ford will roll out some highly modified version of the upcoming Raptor with a monster twin turbo EcoBoost engine (either V6 or V8) and call it the EcoBeast. This seems like the least likely of the three in my opinion.

Of course, I do have to point out the fact that automakers often trademark things simply to protect the name from the competition so in claiming the EcoBeast name, no other company can use it for an automobile or engine. Hopefully, Ford reserved the name for more than just keeping it in their pocket.