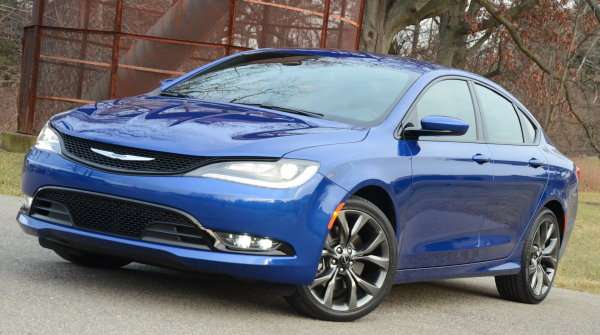 FCA, Honda American and Land Rover NA will all be recalling vehicles to address a wiring issue with the 9-speed ZF automatic transmission after the transmission supplier itself announced a recall of a component in some 505,000 vehicles.
Advertisement

The automaker formerly known as the Chrysler Group has recently faced an issue with drivers not understanding how their single-position automatic shifter works, but it should be immediately noted that this new recall has nothing to do with the notorious “shifter recall”. This new recall technically comes from the transmission supplier ZF and the 505,000+ vehicles affected by this action come from FCA, Honda and Land Rover, but since the automakers have more direct contact with the owners of the vehicles – FCA, Honda and Land Rover are handling the ZF transmission recall at their dealerships.

9-Speed ZF Recall Explained
In select 9-speed automatic transmissions supplied by ZF North America to FCA, Honda and Land Rover, there is a sensor with a problematic connection which could cause the vehicle to sporadically shift into neutral. It was actually folks from within FCA who discovered this issue after recalling over 300,000 vehicles due to complaints about some of their vehicles with the 9-speed transmission shifting to neutral without the driver’s request.

While addressing this issue in their vehicles, FCA discovered that there is a sensor in the transmission that has a problematic crimp to the harness connecting it to the electric system. Due to this connection issue, there could be a sudden variance in the electrical current running to and from the sensor, possibly allowing the transmission to shift into neutral.

While this recall is problematic for FCA, Honda and Land Rover, there is some “good news” surrounding this recall.

First and foremost, there have been no accidents or injuries reported as a result of this problem.

Second, ZF changed the manufacturing process of this particular wiring harness and sensor, excluding any vehicles built after September 23rd, 2014, but vehicles from FCA, Honda and Land Rover with the ZF 9-speed built before that date are likely subject to this recall.
Finally, the fix for this recall is as simple as a computer reflash, so having your FCA, Honda or Land Rover vehicle repaired under this action should be a relatively quick job.

Of the 505,000+ vehicles affected by the ZF transmission recall, roughly 324k are from the Chrysler Group, including the 2015 Chrysler 200, the Ram ProMaster City, the Jeep Renegade and the Jeep Cherokee.

The ZF recall statement to the US government doesn’t offer any detail on the affected vehicles from Honda or Land Rover, but with more 505,000 vehicles include and only 324,000 coming from FCA – the rest will be from Honda American and Land Rover North America. The vehicles from those automakers with the ZF 9-speed include the Acura MDX, the Honda Pilot and the Land Rover Evoque.

Should more information be offered from Honda or Land Rover, we will update this piece.

Lonnie Smith wrote on October 15, 2016 - 4:10pm Permalink
Please include me in notifications ref the Transmission issue for Honda/MDX