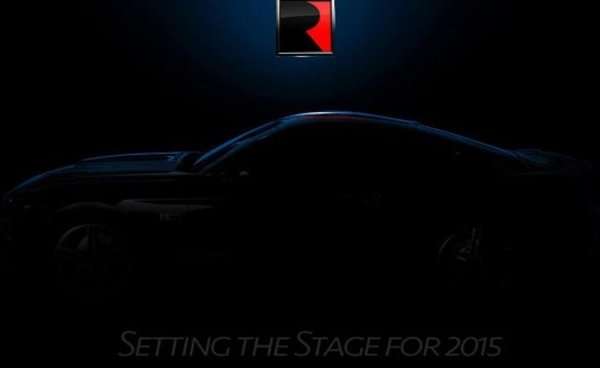 The Ford tuning experts at Roush have released the first teaser image of their modified 2015 Ford Mustang in a shadowy picture which, with some very crude photo editing, we have lightened up to show more than what the pictures that was posted online reveals.
Advertisement

The 2015 Ford Mustang is a very big deal in the performance world and as much as buyers are looking forward to getting their hands on the S550 Mustang – tuning experts like the folks at Roush are even more interested in seeing how they can improve the brand new muscle car. In the Mustang performance world, few names are more synonymous with high performance than Roush and we knew that it was only a matter of time before the first Roush Mustang was introduced.

While we don’t know anything about the 2015 Roush Mustang, we do have the shadowy image above that teases the next generation aftermarket tuned Mustang and thanks to my very questionable photo editing skills – we have an even better look at the fine details of the image.

Bringing the Roush Mustang Into View
The teaser above of the Roush-tuned 2015 Ford Mustang really doesn’t show us anything aside from the basic silhouette which appears to reveal a hood with a lifted cowl area, but we really don’t get much else from that image. Basically, it confirms that the Roush version of the 2015 Ford Mustang GT is on the way and that is about it.

However, if I play with the brightness and the contrast of the Roush Mustang teaser above, it makes a big difference in the level of detail shown – as seen in the enhanced image below. Most notably, it looks as though the 2015 Roush Mustang will have a unique hood with a raised center section that will likely have a low profile hood scoop that feeds the Roushcharger that will likely lift the power of the 2015 Mustang GT from 435 well into the 600hp range. It looks as though the Roush Mustang will also have a large spoiler that wraps around the rear of the car and unique Roush badging on the front fenders. The built Mustang in this image also appears to have large brakes and a set of split spoke style rims that will likely be wrapped in some sticky, high performance rubber.

The Roush Mustang Could Drop at Woodward
At the annual Woodward Dream Cruise in Detroit, the biggest and most heavily attended section is Mustang Alley. This is a several mile stretch of 9 mile road in Ferndale Michigan that is lined on both sides of the road – and through the parking lots along that stretch – with nothing but privately owned Mustangs and Mustang themed displays. The Roush Mustang always has a heavy presence and with Roush being based locally relative to the Dream Cruise, I could definitely see the August 16th event being the debut location of at least something from the Roush for the 2015 Mustang. After all, there is no other event in the world that will have a bigger collection of people who will appreciate and understand the importance of the first 2015 Roush Mustang.