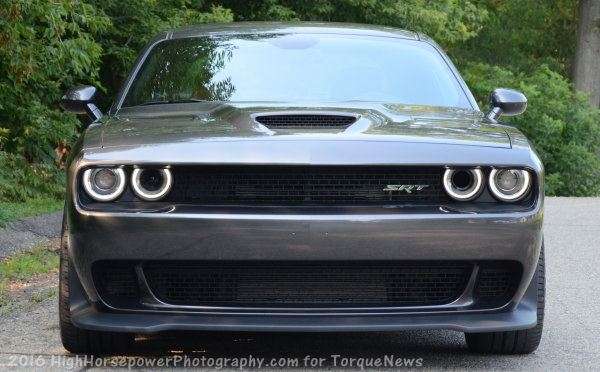 The Dodge Challenger SRT Hellcat can now be purchased with a right hand drive configuration, but those Mopar lovers who want to drive the supercharged monster Down Under wont be going to their local dealership – instead turning to a Melbourne-based importing company to acquire the car and convert it to right drive.
Advertisement

While the Australian market has typically received different high performance Chrysler/FCA products than those sold in the United States, the Mopar muscle community has a massive popular Down Under. There have been reports that the next generation Dodge Challenger could be sold in Australia to battle the insanely popular new Ford Mustang, but right now, the most powerful Mopar vehicle that Aussies can buy at their local dealership is the Chrysler 300C SRT8. Unfortunately for our friends in Australia, the company has no plans to bring the mighty Hellcat Challenger to that market due to the headache of converting the car to right hand drive, but an importer in Melbourne, Australia is working to bring the 707hp Dodge to the local performance market – and they are even converting these beasts to right hand drive.
Crossover Car Conversions Brings the Hellcat

Those Aussies who want to buy a Dodge Challenger SRT Hellcat with a proper right hand drive configuration can turn to the team at Crossover Car Conversions in Melbourne. This company can import a Hellcat Challenger from the USA and convert it to right hand drive, all for just $190,000.

The conversion is more elaborate than some might expect, as Crossover Car Conversions changes the dash to a right-drive layout with all of the interior gadgets of the US Hellcat Challenger, along with adding a under firewall and the right-drive steering system from the Chrysler 300C SRT8 which is sold Down Under with the RHD layout.

Finally, the import company removes the Hellcat’s normal dual mode exhaust system, as it is “too loud” for local regulations. Instead, the right hand drive Hellcat Challengers are fitted with the same exhaust system as that found on the 300C SRT8.

Those Australian residents who are interested in laying down almost $200,000 for the world’s most powerful stock muscle car can contact Crossover Car Conversions for more information, but it should be known that in addition to being expensive – getting one of these cars is time consuming. According to Motor Mag in Australia, there is a 5- month wait for the Hellcat Challenger from the point of order to the point of delivery.

However, with the Ford Mustang sold out until well into 2017, a wealthy Aussie who wants to rock a high performance American muscle car might find the transformed Hellcat Challenger to be an attractive option. Most importantly – there should soon be more 707 horsepower Mopar muscle cars Down Under.