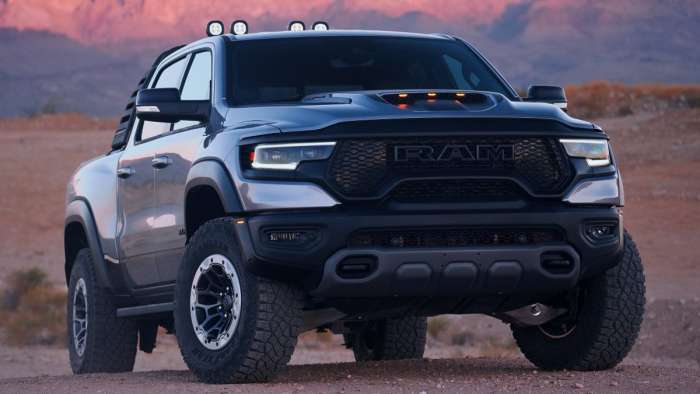 Ordering a 2021 Ram 1500 TRX Launch Edition without a solid dealer connection is likely to cost you anywhere between $5,000 and $50,000 over MSRP, with some dealers marking up non-Launch models as well while others are selling their allocations without the huge extra charge.
Advertisement

Earlier this month, FCA introduced the 2021 Ram 1500 TRX as the quickest, fastest and most powerful pickup truck in the world. It sprints from a stop to 60 in 4.5 seconds, from a stop to 100 in 10.5 seconds and it covers the quarter mile in just 12.9 seconds thanks to the supercharged Hemi with 702 horsepower and 650 lb-ft of torque. Best of all, with a base price of $69,995, the Hellcat-powered pickup is not as expensive as some prospective owners had feared. It is obviously more expensive than your average half-ton, but like the Hellcat-powered Dodge cars, the supercharged Ram TRX is reasonably priced for a vehicle that will stomp everything in its segment.

The Ram brand even rolled out a special Launch Edition package that is limited to 702 units to commemorate the 702-horsepower output of the TRX. The TRX Launch Edition is basically a loaded appearance package, with many of the key options, a unique exterior paint code and a special badge on the center console. That loaded, limited edition truck starts at $88,570 before destination, so it is quite a bit pricier. Also, we knew that with a production limit of 702 units, the Ram TRX Launch Edition was likely to be saddled with additional dealership markups, but in speaking with folks around the country who are trying to buy one – the markups are considerably higher than we expected.

Ram 1500 TRX Markups
Since the 2021 Ram 1500 TRX Launch Edition officially went on sale last week, pricing has been discussed a great deal in social media groups. We are seeing dealerships advertising available units and we are seeing shoppers posting about their experiences at local dealerships. It looks as though many dealerships are adding between $5,000 and $20,000 to the bottom line of the Launch Edition and for the most part, that is what most prospective buyers are reporting as well. 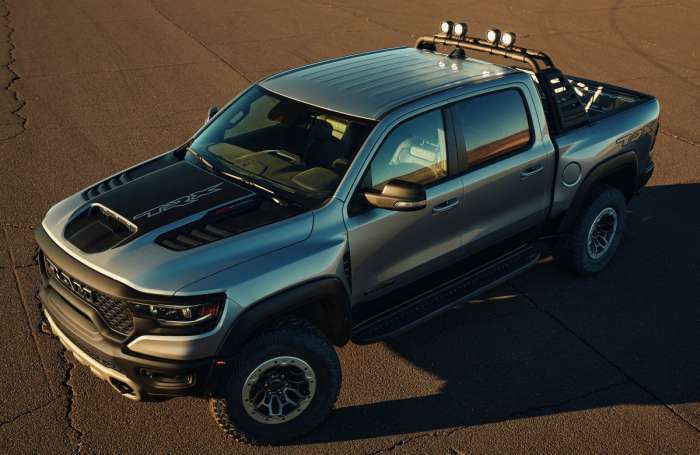 Some buyers have found dealerships that will sell them a TRX Launch Edition without the big markup, but it seems that in most cases, the people who aren’t paying a markup have a good relationship with their dealership. On the other hand, some people are reporting considerably high dealer markups. One individual in a Hellcat group went to his local dealership in California to see about reserving one of the limited edition supercharged trucks. That particular dealership told him that buying their Launch Edition allocation would cost an extra $50,000 over MSRP. That same dealership told that prospective buyer that reserving one of the regular, non-Launch Edition models right now will come with an upcharge of $25,000. 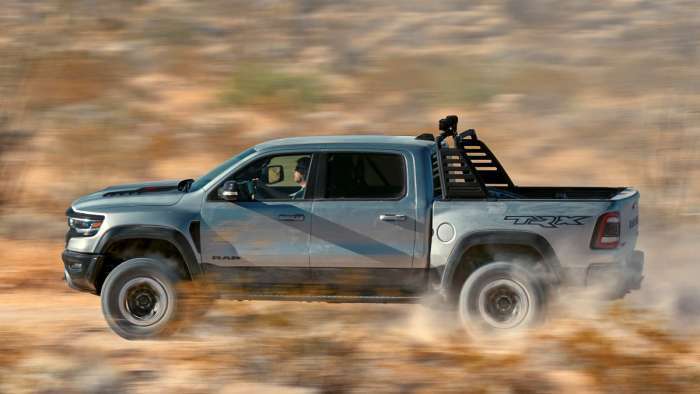 We suppose that it is good news that some dealerships are “only” adding $5,000 or $10,000 to the bottom line of the TRX Launch Edition while others are charging $50,000. In the long run, I think that the additional dealer markups for these supercharged Ram 1500 pickups is absurd, as the model will be mass produced and the Launch Edition is an appearance package on a loaded TRX.

Unreasonable Dealer Markups
I get that the 2021 Ram 1500 TRX Launch Edition is limited to 702 units and that is a very low number for a very cool vehicle. While I am not trying to downplay the package, the Launch Edition is nothing more than a heavily-optioned TRX with a few unique appearance components. The people who pay for the Launch Edition are getting an awesome truck, but in the long run, the only difference between the Launch Edition and the “regular” TRX is the gray exterior paint and the interior badge. Every other aspect of the package can be ordered on a non-Launch Edition model, so the people paying huge markups are paying for a few intangibles – exclusivity, a unique appearance and bragging rights of having one of the rare limited edition models. 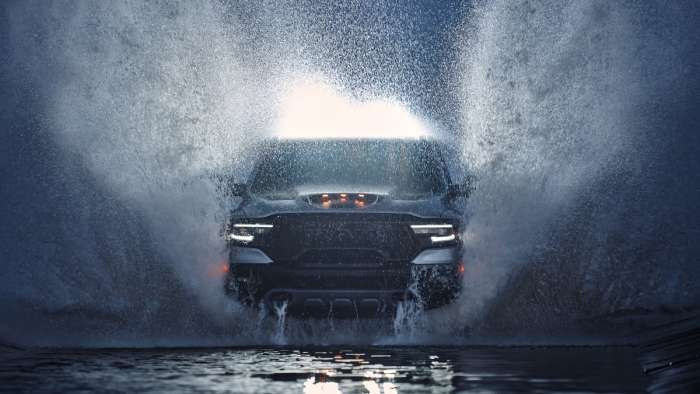 While I don’t love the idea of dealer markups, I understand why some buyers are willing to pay extra. For example, the 2018 Demon was limited to just 3,000 units in the United States. Some people point out that the TRX Launch Edition is more limited than the Demon, but someone who doesn’t buy a Launch Edition can still enjoy all of the performance and capabilities of the regular TRX. There was no “regular Demon”, so if you didn’t get one of those 3,000 in the U.S., you didn’t get one at all. On the other hand, production of the TRX is not limited, so if you don’t buy a Launch Edition, you can simply wait for a non-limited edition model. 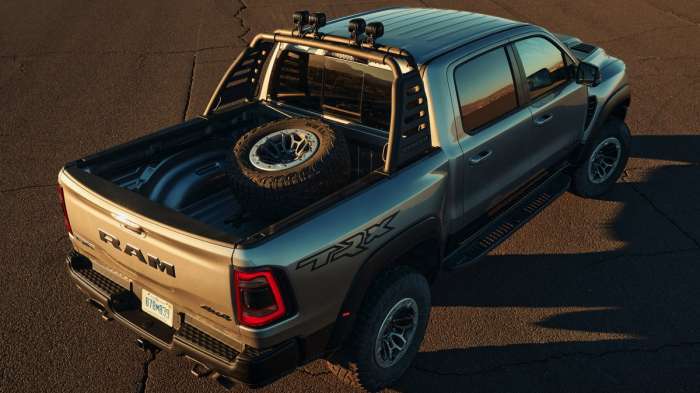 The people paying $5,000 to $50,000 extra for a Launch Edition don’t get better performance, they just get a unique-looking version of what will cost other buyers far less. Sure, they will get them sooner than those who aren’t willing to pay a ridiculous dealership markup, but unless you absolutely have to be the first person in town with a TRX, there is no reason to pay over MSRP.