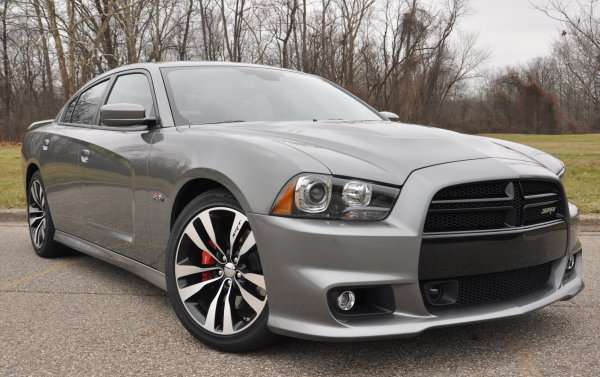 The Chrysler Group has once again expanded the list of vehicles recalled for the Takata inflator failures, with every pre-2013 Dodge Challenger and Dodge Charger that has been registered in select areas with high humidity – with the total scope of this new recall announcement adding almost 1 million cars, trucks, SUVs and van to the already massive recall.
Advertisement

Over the past few years, a great many vehicles have been recalled as part of global failure of the widely used Takata airbag inflators. My own Dodge Ram 1500 was included in the early phases of the recall process and today, the Chrysler Group rolled out another long list of vehicles with the problematic Takata parts. Included in this new list is nearly a million vehicles from 15 different model lines – including the Dodge Challenger and the Dodge Charger models from the pre-2013 model years.

The Newest Group of Chrysler Airbag Recalls
This newest recall for a great many Chrysler Group vehicles – including the high performance Dodge Challenger and Dodge Charger – is due to the same problem which has forced automakers around the world to recall tens of millions of vehicles. Takata was a major supplier of airbag inflator systems across the global auto industry and it has been found that in situations where their inflator has been exposed to high levels of humidity, interior components of the system can corrode and crumble. This failure can cause the inflator housing to fracture in the event of an airbag opening and when it does the metal pieces can be ejected into the cabin with similar force to the airbag.

As you can imagine, having pieces of metal fly into your vehicle during an accident greatly increases the chances of injury and in some cases, these Takata airbag inflators have caused severe injury and death.

The only “good news” with this newest Chrysler recall is that there have been no reports of injuries due to the Takata units in Chrysler Group vehicles and during internal testing of more than 6,300 vehicles, there have been no fractures of the airbag inflator in Ram, Jeep, Chrysler or Dodge vehicles. However, with the ever-present risk, the company is following the trend of the rest of the industry and they are recalling almost a million vehicles to make sure that they don’t have an injuries to report going forward.

According to Chrysler, the NHTSA has said the subject inflators “do not pose an unreasonable risk to safety under the Safety Act until they reach a certain level of propellant degradation.” Such degradation is “a function of time, temperature cycling and environmental moisture.”

Now, not every vehicle on that list for those model years is included in the recall, as this portion pertains strictly in areas deemed to offer the highest humidity – thus the highest risk. Those areas include Alabama, California, Florida, Georgia, Hawaii, Louisiana, Mississippi, South Carolina, Texas, Puerto Rico, American Somoa, Guam, the Northern Mariana Islands and the U.S. Virgin Islands.

If you own a vehicle on the list above and it has been registered in any of those locations, you can expect to get a recall notice in the mail soon.

herb goodale wrote on March 6, 2018 - 4:05pm Permalink
let me know if my dodge is on recall list for airbags