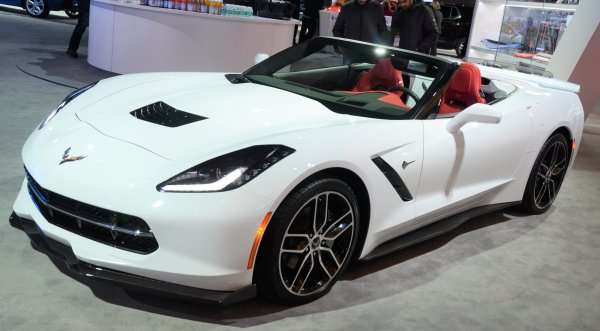 Order Your Chevrolet Corvette Soon to Receive it This Summer

If you want to order a new Chevrolet Corvette and receive it in time to enjoy this summer, you will want to place your order soon, as all orders received after June 12th will not be slated for production until after the planned Corvette production downtime – so order soon, or wait for your car until at least October.
Advertisement

The Bowling Green Corvette Assembly Plant in Kentucky will stop production in August for planned downtime and during the 3-month halt of the assembly line, there will be routine maintenance performed around the facility. The company will likely begin the preparation process for the new paint shop, which has caused GM to end plant tours for 18 months, but as is the case with most planned production downtime – workers at the Bowling Green plant will spend August, September and October performing repairs and other general maintenance.

This planned downtime leads to a gap in Corvette production and as a result, cars ordered during those months will not be built until production kicks back up in October. In fact, all Corvettes ordered after June 12th will be built after the production downtime at Bowling Green, so if you want to order a Corvette and get it this summer – you have about a month left to place that order.

Order Your Corvette Soon
If you have been saving up your pennies all winter with the plan of ordering a new Corvette to enjoy this summer, you only have about a month left to do so. With the planned downtime at Bowling Green starting in August and the regular time period between ordering and the start of individual vehicle production, the company has set a cutoff date of June 12th for vehicles being built before the start of the August downtime.

In other words, when you order a new Chevrolet Corvette, it takes the company some time to receive and process that order. From there, they have to schedule production of your Corvette in with the rest of the cars ordered by customers for immediate delivery and for cars ordered for dealer stock. As a result, it could be a few weeks (if not longer) before your car is produced from the day you actually place the order with your local dealership.

Figure that June 12th is about 7 weeks from August, so in setting the cutoff date for summer deliveries on that day, GM is giving the factory plenty of time to get those vehicles built ahead of the downtime.

Now, if you don’t order your Corvette before June 12th, you will have to wait until at least October, when production in Bowling Green starts back up. If you don’t care about getting your new sports car this summer, you could wait until shortly after the 12th and that would likely lead to your car being one of the first built when production starts back up later this fall.

The bottom line here is that if you live in the northern US and you want to enjoy your custom ordered Corvette before the weather turns cold, you need to order it in the next month. Of course, this only applies to those folks who want to special order their new Corvette, as even during production downtime, prospective buyers will be able to buy cars from dealership stock - you just might not get every detail that you want.