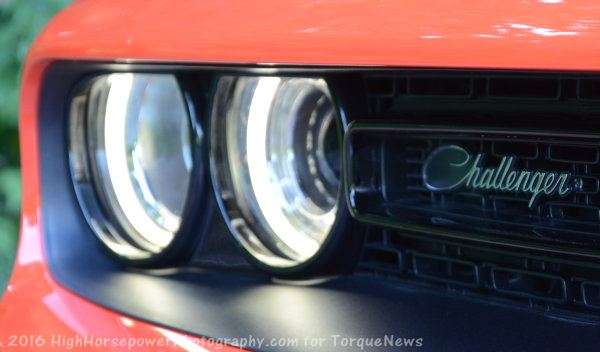 Now that Dodge has rolled out the new Challenger T/A and Charger Daytona packages for the 2017 model year, their muscle lineup is easily the most elaborate in the segment. The Charger is the undisputed king of high performance sedans and the Challenger is the most powerful muscle car in Hellcat trim, and the introduction of the new T/A and Daytona packages brings two more great performance packages into showrooms. Even with that in mind, Dodge CEO Tim Kuniskis stated at the debut of the new T/A and Daytona that there was one more special edition muscle car coming this fall.

Oddly, there really hasn’t been much attention paid to that comment, even in my own coverage. In frenzy of information around the Woodward Dream Cruise, including the introduction of the new Challenger T/A and Charger Daytona, this subtle comment slipped through the cracks, but the idea of one more Mopar muscle car is an exciting one.

There have been no official hints as to what that other special edition muscle car might be, but we can make some guesses based on insider info and popular rumors.

Another Special Edition Dodge Muscle Car
So, with Dodge hinting to special edition car which will "celebrate the brand's muscle car performance heritage", we can expect that it will either a Challenger or Charger. That part is kind of obvious, as the Challenger and Charger are the only cars left in the Dodge lineup which can really celebrated the muscle car heritage.

Taking that direction one step further, I expect that this special edition car will likely be a Challenger, simply because all of the inside info and spy shots focus on the 2- door. If there is another special edition charger on the way, FCA has done a remarkable job of keeping any word of that car under wraps.At the same time, there have been a great many rumors backed by insider support that Dodge is planning a Hellcat Challenger that is even better suited for the drag strip. Word on the street is that this next Hellcat will be called the ADR – the American Drag Racer.

Sources insist that the American Drag Racer will be a uniquely outfitted Dodge Challenger SRT Hellcat. The key changes from the “regular” Hellcat Challenger to the Challenger ADR are expected to include much wider, stickier rear tires on lightweight wheels, a stronger driveshaft and a steeper rear gear ratio. There could also be a new drive mode designed specifically for drag strip use and maybe even a few more horsepower. The result will be a Hellcat Challenger which will almost certainly prove to be the quickest factory built, street legal, quarter mile drag car ever. The Challenger ADR should be an easy mid 10-second car in stock form and depending on whether or not there is a power increase – it could even tickle the 9s.

I don’t think so.

Finally, there is always the outside chance that Dodge will offer up another high performance Charger of some sort. The Charger has far fewer trimlines than the Challenger, so perhaps the world’s fastest sedan will be getting more attention this fall.

That being said, my safe money says that this fall, Dodge will finally roll out the long-rumored street legal drag racing package known as the Challenger ADR. If the rumors are true, it will be a remarkable machine.