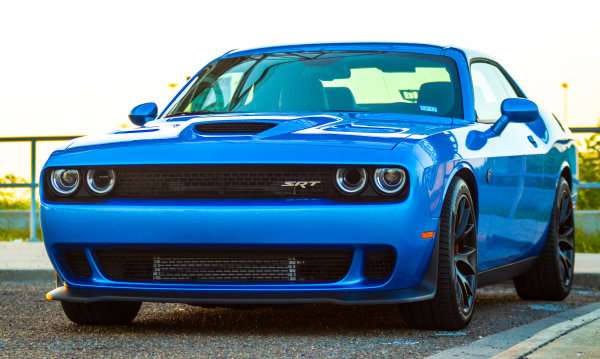 The TorqueNews.com Hellcat of the Month for October 2016 as picked by the Hellcat Group Facebook page is the gorgeous B5 Blue Dodge Challenger SRT Hellcat shown above, owned by Sam Chapa.
Advertisement

This month, Sam Chapa and his BR Blue Hellcat Challenger was voted the winner of the Hellcat of the Month award with 57% of the total votes. Second place was a Hellcat Charger that garnered 24% of the votes, so Sam’s car was the overwhelming winner for October 2016.

I reached out to Sam Chapa and this is what he had to say about himself, his automotive history and his Hellcat Challenger:

From the Super Bee I ended up purchasing a 2015 Dodge Challenger Scat Pack because the Hellcat wasn’t attainable for me at the time. So I ended up modding the Scat and ran a best of 12.5 but I hungered for more. So I hunkered down, put in more hours at work and just started saving.

When I first saw the Hellcat when it was introduced, I wanted one very badly, but like I said, it wasn’t in the cards at the time. However, come January 17 of this year, I was finally able to get the car that I had drooled over for over a year. When I went to the dealer, I had a choice of two Hellcat Challengers - one TorRed with matte black hood (red is my favorite color) and one in B5 Blue. When the sun hit the B5 Blue,I was just attracted to it immediately and knew that was the one.

After owning the Kitty for a while I got the itch to start modding but first I went to the dyno stock and Big Blue put down 615whp. My first mod was the Bwoody Velocity Intake which gave me a 15whp increase. From there I just went at it. I called up Mike Beavers at Bwoody and just started ordering parts.

The car is tuned by Matt Alderman of ID Motorsports out of Florida using SCT software. Big Blue is putting down 810whp/787wtq with the current components and my next round of mods will be dedicated towards the traction side of things. I have documented my mods on my youtube channel "big_bluehellcat16". I hope to have some track times soon later on this year if I can make it to the track. This is one car I plan on keeping ‘til I die!!!

A Special Thanks to Mike Beavers at Bwoody and Matt Alderman of ID Motorsports for their help!