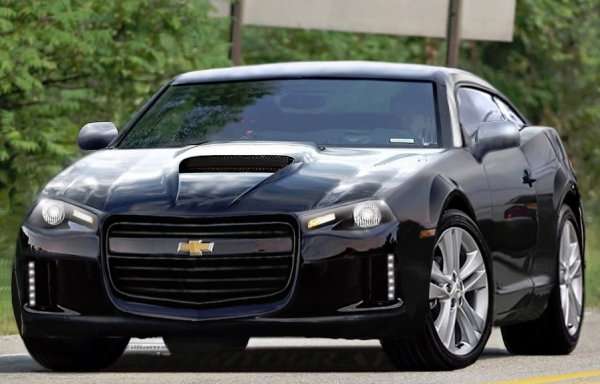 This is Not the 2016 Chevrolet Camaro

In the past few days, the image above of what many believe is the 2016 Chevrolet Camaro has been circulating around the internet and while most people are passing it off as just another rendering, some people are reposting it as being an actual image of the 6th gen Camaro and sadly…those people are very wrong.
Advertisement

I have featured several renderings of the 2016 Chevrolet Camaro here on TorqueNews and I have always been very clear that they were nothing more than an artist’s idea of what could be the 6th generation F-Body. However, when the image above surfaced, some folks looking to score extra attention in the world of social media suggested that this was actually the 2016 Camaro. This got some people really excited – both in a good way and a bad way – but everyone who thought that this was the real deal are sadly mistaken.

Rumors Lead to This Unique Rendering
While I have seen a great many renderings of the 2016 Chevrolet Camaro, I don’t know that I’ve seen any that were this well done. The fact that the car has been placed on a public road lead some to believe that this was a picture captured by a quick moving photographer, but there are a few things to consider.

First and foremost, if someone actually had an image of the 2016 Chevrolet Camaro that was this perfect and this clear, it wouldn’t be found posting on FB and in forum discussions…it would be on the front page of every automotive website and magazine in the US. Also, you can bet that it would have the watermark of either the photographer or company that captured the image. The fact that it isn’t being talked about in the mass media from the Wall Street Journal to Popular Mechanics is the strongest sign that it’s not real.

Next, while the rumors suggest that the 2016 Camaro will look like the 1970 Camaro – and this image most certainly shows what looks to be a 5th gen Camaro with a heavy dose of 1970 styling – spy shots of the next generation Camaro simply aren’t shaped like this car. The front end appears to slope down far too quickly and to me, it looks like someone photoshopped parts of a 4th gen Camaro front end onto a 5th gen Camaro back end before adding a 1970-esque grille and some high tech lights.
This is a very good rendering of the 2016 Chevrolet Camaro, but it is nothing more than that…a rendering based on the imagination of a very skilled graphic artist. If anyone can confirm who made this rendering or where it originated, please post in the comments and I will add proper credit.

Could Any Part Be Realistic?
I really don’t think that the downward sloping nose of this 2016 Chevrolet Camaro rendering will make it to production and I don’t think that the headlights of the actual 6th gen Camaro will look so much like they came off of a Dodge Charger. However, I could see some sort of integration of the 1970-esque grille – most likely working with the side to side design of the front fascia of the current Camaro. I also don’t think that we will see tall, vertical driving lights on a production Camaro, but I would love to see that style hood on the 6th gen Camaro SS.

The 2016 Camaro is expected to debut at the 2015 North American International Auto Show in Detroit and until it does, we will continue to look at renderings and dispel rumors of current renderings being real life photos of the 6th generation Chevy Camaro.