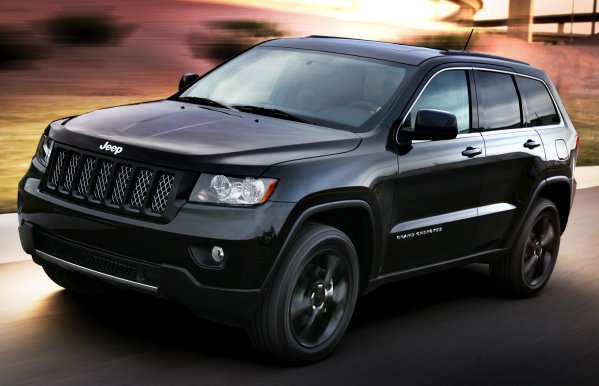 The National Highway Traffic Safety Administration has launched an investigation of the 2012 Jeep Grand Cherokee after receiving several complaints that the headliner suddenly caught fire while the vehicle was being driven.
Advertisement

The National Highway Traffic Safety Administration decided to launch this investigation after receiving 3 complaints where a fire began in the headliner portion of the interior. The fires specifically started in the area of the passenger’s side sun visor. I all three cases, the driver of the Grand Cherokee smelled smoke and noticed smoke coming from above the passenger’s sun visor. When the driver opened the windows to let the smoke out of the vehicle, the rush of fresh air added fresh fuel to the fire. As the fire worsened, each of the three complainants pulled their Jeep over and shut it off but the fire continued to the point where an extinguisher was needed to stop it from spreading any further. In one case, the heat from the fire was severe enough that it caused the sunroof to shatter while in another case, the fire caused the sun visor to fall from the headliner where it then caught the passenger’s seat on fire.

None of the three complaints made to the NHTSA mentioned any accidents or injuries as a result of the fire but it is clear that having the ceiling of the 2012 Jeep Grand Cherokee sporadically burst into flames presents a very serious safety risk. The investigation as it stands right now reaches around 146,000 vehicles but should the NHTSA find that the problem causing the fires applies to other model years – that number could increase significantly. The impact of this issue could also be intensified if the problem is found to exist in the Dodge Durango, which is very closely related to the Grand Cherokee.

This preliminary investigation is the first step taking by the National Highway Traffic Safety Administration when they are looking into a possible safety defect with a vehicle. After studying the complaints and the vehicles in question, the NHTSA could opt to advance the investigation to the next stage – the engineering analysis – or they can close the case altogether. At the same time, it is not unusual for an automaker to conduct their own studies of the problem and propose a fix before the government needs to step in. Should Chrysler come forward to address the issue with an explanation and a fix for the problem, the NHTSA could close the investigation right away.

It will be interesting to see what is causing the interior fires in the 2012 Jeep Grand Cherokee. While I have never ripped a headliner out of a newer Jeep, there really isnt much in that area to catch fire. With at least one of the complaints mentioning that the sunroof shattered, I have to wonder if there isnt a wiring issue leading to the sunroof module but it could also be something as simple as an incorrectly installed vanity mirror light assembly. In many cases where wiring is responsible for an interior fire, it is caused by the wires running against a piece of metal until they are bare and once it is exposed, it can create enough heat to catch the surrounding material on fire.

Should more become available on this new 2012 Jeep Grand Cherokee investigation, you will find it here on TorqueNews.com.