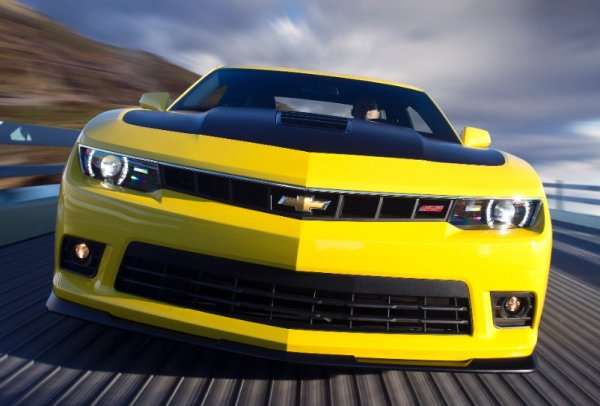 Next Generation Chevrolet Camaro Confirmed for 2016

While the American performance car world has long expected that the next generation Chevrolet Camaro for 2016, General Motors has now confirmed that 2015 will indeed be the final year for the current incarnation of the Camaro – and we are likely to see the next generation GM muscle car at the 2015 North American International Auto Show in Detroit.
Advertisement

General Motors has done an incredible job of revealing as little as possible about the 6th generation Chevrolet Camaro. While it is pretty much common knowledge that the current generation of the Camaro will come to an end in the next year or two, the total lack of information from the automaker has left a great many questions. Most significantly, the American sports car community has been wanting to know when the next generation would arrive. For some time, it was thought that GM might bring about a new Camaro for the 2015 model year – allowing them to compete as closely as possible with the all-new S550 Ford Mustang – but the lack of information has done away with those expectations. Fortunately, General Motors has confirmed that 2015 would be the final model year for the current generation Camaro, so we know that the 6th generation Chevrolet Camaro will debut for the 2016 model year. The bright yellow Camaro 1LE above is a 2015 model year vehicle.

If you consider the fact that a new model year typically arrives 5 or 6 months before that calendar year arrives, we would expect that the 2016 Chevrolet Camaro would arrive in the summer of 2015. With that likely dealership launch date being roughly a year away, we would most certainly expect to see the next generation Camaro in person for the first time at one of the major auto shows this winter. GM could debut the 6th generation Camaro at the LA Auto Show in late November, but rumors suggest that the next Camaro will be unveiled at the 2015 North American International Auto Show in Detroit.

The only real tidbits of information that we have so far on the 2016 Chevrolet Camaro is that it will not be vastly redesigned on the outside and that it will ride on the same Alpha platform as the Cadillac ATS and CTS. Inside sources have indicated that the 6th generation will look more like a refreshed 5th generation mode on the outside and the fact that there have been no groundbreaking spyshots showing the next gen Camaro support those rumors. If you look at any of the other new models to come out recently, there were tons of spyshots published well ahead of their debut. The 2015 Ford Mustang, the 2014 Chevrolet Corvette Stingray and even the lightly refreshed 2015 Dodge Challenger were all caught on film at least a year before they arrived…yet there has really been nothing to look at in terms of next generation Camaro test vehicles.

In fact, I live about 2 miles from the GM Proving Grounds and while I see a ton of camouflaged cars around here, none of them fit the obvious description of a Camaro. From the Chevrolet SS to the Cadillac ELR to the new midsized pickups to the might Corvette Stingray, test cars are a very common site around here yet I’ve never once seen a masked up Camaro. That fact alone shows just how remarkable of a job the automaker has done in making sure that the 6th gen Camaro is as much of a surprise as possible. Kudos.

In any case, the one thing that we know for sure about the arrival of the 6th generation Chevrolet Camaro is that it will be introduced as a 2016 model year vehicle. When it does hit dealerships around the country, we can certainly expect the war between the Mustang and the Camaro to step up a notch with two excellent high performance American muscle cars.

Steven Mack wrote on January 16, 2015 - 11:30am Permalink
the new GM cars are what gets me going, but all American muscle cars rule, say no to rice burners/