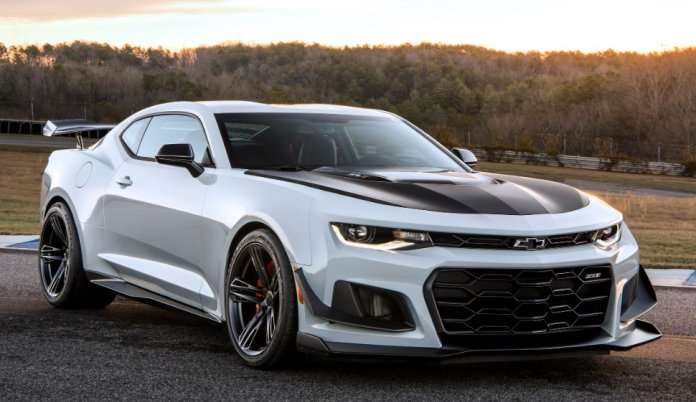 The Next Camaro Could Bring the Chevy Bowtie to Australia

It has been rumored that the Chevrolet Camaro will be badged as a Holden product when it arrives in Australia, but a member of the Holden team has stated that a Camaro sold Down Under would likely wear the Chevy Bowtie.
Advertisement

With the end of Australian production of the Holden Commodore, General Motors high performance fans effectively lost their top muscle car. The Aussie-built, rear-wheel drive Commodore is being replaced by a new front-wheel drive platform with available all-wheel drive, so the new Holden sedan will likely fall short of offering the driving dynamics of the RWD Commodore.

The good news for GM performance fans Down Under is that there have been rumors that the next generation Chevrolet Camaro will be built in the right-hand drive configuration required for use on Australian roads. When those RHD Camaro rumors have been discussed, it has been speculated that it would be called the Holden Camaro – as Chevrolet does not have any brand presence in that Aussie market. However, Holden Director of Communications Sean Poppitt recently spoke with Australian out The Motor Report and during that talk, he stated that the Camaro could come to Australia with Chevy badges.

While Chevrolet might not have a brand presence with the general Aussie auto community, performance car fans know the Chevrolet Camaro. Calling the next gen Camaro a Chevrolet – or at least leaving the Bowtie badges on the next Camaro in the Australian market – would allow gearheads to buy the legendary Chevrolet Camaro. This approach likely wouldn’t work out as well with a vehicle like the Traverse, but with the legendary Chevy Camaro, the Bowtie badges will make more sense.

A Camaro wearing Chevy Bowtie badges might not lead to a full-scale introduction of the Chevrolet brand for the Aussie market, but there have also been rumors that the Corvette will also become available Down Under. It seems unlikely that GM would ever call the Corvette anything but a Chevrolet, so the Bowtie brand could be rolled out in Australia as a performance lineup with the legendary Camaro and Corvette.

In any case, Australian GM performance fans need a new car and the Camaro seems like the perfect fit with the current popularity of the Ford Mustang. GM will need to begin building the car with a right-drive layout, but there is really no question whether or not a Camaro would sell Down Under. Mustang sales have been strong since the new car was introduced, so with an obvious interest in American muscle cars – the Aussie market is ready for a Chevrolet Camaro.

Carl Kelsern wrote on October 29, 2017 - 3:10am Permalink
CHEVROLET has a much longer history in Australia than Holden does. Consider the following historical facts. 1/ Australian GM-H dealers sold the Chevrolet brand as passenger cars until at least 1970. These GM-H dealers in addition to Chevrolet also sold Pontiac and Vauxhall alongside the working class Holden. 2/ It was not until the late 1970s before GMH started selling just the Holden Brand. 3/ GMH dealers were not known as just Holden dealers until the late 1980s or early 1990s. 4/ GMH has only sold the Holden Brand for 69 years (since November 1948). 5/ GMH has only sold Holden exclusaively for a shorter 47 years (since 1970). 6/ Chevrolet along with Pontiac was GM-Hs premium luxury cars from 1949 until 1970. So, I would strongly argue that the Chevrolet brand, much more than Holden has quite a history in Australia and is highly regarded and respected as the brand that put Australians into cars long before the Holden Brand was even considered. CHEVROLET will do well in Australia. We should welcome its return.