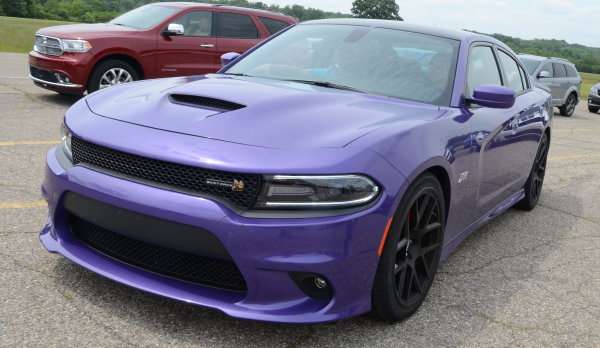 New Dodge Charger Recall is Due to Incapable Operators, Not the Cars

We live in an age where some people are so carelessly foolish that companies literally have to walk the consumer through every aspect of usage and in this case, the Dodge Charger is the target of the “unnecessary recall bug”. All 2011-2016 Dodge Charger sedans – 504,723 Chargers around the world – are being recalled so that the dealership can give the owners wheel chocks. The company has decided to do this after receiving a handful of reports about the Dodge Charger falling off of the jack while a tire was being changed and in three of those reports, there were minor injuries.

The Recall
All 2011-2016 Dodge Charger owners will be asked to come to their local Chrysler Group dealership, where they will be issued a set of wheel chocks. These wheel chocks are to be used anytime the Charger is jacked up to ensure that the car won’t shift and slide off of the jack. 441,578 of these cars are in the US while 19,229 are in Canada, are 4,969 in Mexico and the last 38,947 are outside of North America.

That’s it. You show up with your Charger, they give you wheel chocks. Easy Peasy.

And kind of ridiculous for the company that they have to go through this nonsense just to protect people who can’t be bothered learning how to jack up their cars. This is one of those “common sense is dead” recalls.

The Real Problem
When this recall was first announced, some publications made it sound as though the Dodge Charger sedans had some mechanical or design flaw that was making them fall off of the jacks, but in reality, this isn’t a problem with the car. The owner’s manual explains how and where to jack up the Dodge Charger and when those directions are followed, there is absolutely no risk of the car sliding off of the jack. However, if you do not follow the fairly simple jacking instructions, there is a chance that the car could slide off of the jack and if the operator has a wheel off, there is a chance that the car could fall down onto the braking assembly – crushing anything in its way.

I have to wonder if this Dodge Charger recall won’t lead to more, similar recalls so that other companies can hand out wheel chocks. The “problem” is that if you are using a very small jack, like the one included with most new cars, it has a very small surface to contact car undercarriage of the car. If you put this tiny little jack in an unusual place on many cars, there is a chance that the metal or plastic under the car can deform under the weight of the vehicle and as a result, the car can shift on the jack. When working as a mechanic, I saw countless cars that had damage underneath from people jacking them up incorrectly, so that aspect is surprisingly common across all sorts of unibody cars. Unfortunately for Dodge, with a larger car like the Charger, it is easier to jack it up in a way that the weight isn’t balanced properly, so the car is more prone to shift if jacked up incorrectly.

Chrysler is basically giving out wheel chocks so that the people who are too lazy to read their owner’s manual are less likely to hurt themselves when trying to change a tire. Putting the chocks in place when jacking the car up will prevent the car from shifting, although jacking the car up in the wrong place can still damage the car – even if it doesn’t fall off of the jack.

In short, if you own a 2011-2016 Dodge Charger, read the section in your owner’s manual about jacking the car up. It could save you from damaging yourself or your car. In fact, regardless of what you drive, you should make sure that you know the proper way to use the factory jack, including where to place it under the vehicle. Ten minutes of reading and looking under your vehicle could save you the headache of dropping your car off of the jack on the side of the road.

Bob Dobolina wrote on February 4, 2016 - 12:49pm Permalink
This only affects Chargers? There are morons driving other Dodges and every other brand of car too.
don hayton wrote on February 4, 2016 - 1:37pm Permalink
i have a 58 Plymouth and also have a wheel chock that came with the car and i have to use it when i change a tire.
Mikey wrote on February 5, 2016 - 7:04am Permalink
This IS a design issue. Instead of supplying a cheapo $2 jack and several pages of instructions they should DESIGN the jack and the car to work together and only raise the car when it is properly used. An alternative is run flat tires and no jack at all. Instead, they slap together some second rate parts as an afterthought.
Benjamin check wrote on February 5, 2016 - 11:01am Permalink
A design flaw? How about you take some personal responsibility and stop needing a nanny? Amazing how we go from you not knowing how to change a tire to "the car company should make a car that never needs tire change so I don't have to do it." Wow. I can't imagine your parenting style, bane everyone but your kid; your kid slides down the banister at school and falls and you'll be saying its a design flaw, the school should be one level.
SDJ wrote on February 5, 2016 - 11:07am Permalink
2013 Charger owner here. Two years ago I broke the OEM jack while putting the car on stands. I was swapping the stock exhaust to let the 5.7L V8 roar like God intended. Luckily no damage or injuries when the car dropped. Long story short, the jacking system is EXTREMELY poorly designed. I know we all love to blame the stupid people equipped with lawyers that try and ruin things for the rest of us. I've had my share of dumb moments. Maybe I skipped a step when going through the manual (which I WAS using). For background, I'm a mechanical engineer working structural design in the aerospace field. I'm also an Army veteran that held an MOS for wheeled vehicle maintenance (formerly 63S). The wheel chock is a lazy, embarrassing workaround for a poorly designed jacking system. It looks like Chrysler modified the frame at some point in the design process without realizing they blocked clearance to the original jack point on the frame. Rather than redesign the frame to relocate the jack point, they just found a sheet metal flange to slot the jack onto. That's the only reason I figure they'd have you jack where you do. The flange is just BARELY strong enough, thus the small margin for error. In fact, when used properly this flange exceeds its yield strength and plastically deforms (stays bent). Plastic deformation is considered a failure by any design standards I've ever seen, outside of crash standards. Plus the jack itself is garbage. Seems like Chrysler is trying to spin this is a "dumb customers" issue. And we all love to rail on dumb people. But frankly, if it wasn't a design flaw, they wouldn't be recalling it.
joseph reyes wrote on March 30, 2016 - 9:00pm Permalink
I hope they read this comment. you hit the nail right on the head.. I envy you though sir. you got a jack with your car. All i got was a cheesy compressor and a bottle of slime.
joseph reyes wrote on March 30, 2016 - 8:54pm Permalink
I own a 06 charger srt8 and when i park, it has a habit of rolling until the pawl engages. it rolls at least a foot of distance. as far as jacking the car up? i put chocks under the wheels because of the fact. my 04 Chevrolet monte carlo ss does the same exact thing. why they roll? i don't know, as my 71 Malibu never did nor my 06 toyota p/u. something the auto manufacture people need to correct. we spend A LOT OF MONEY for the cars we buy, we should at least get what we pay for.