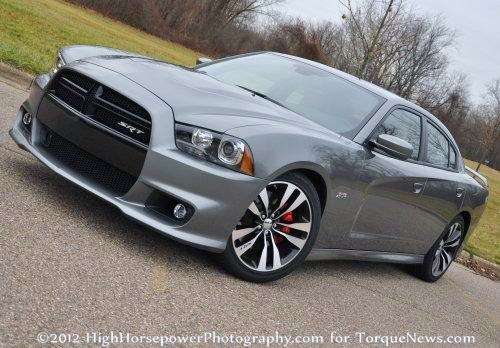 According to the folks at Automobile Magazine, Chrysler Group CEO Sergio Marchionne has indicated that the Dodge Charger sedan will head into its next generation in 2016 and it will share a platform with the new Chrysler 300 that is set to arrive in 2017.
Advertisement

The current LX platform that carries the Dodge Charger and Chrysler 300 was introduced in 2005 and even though the two full sized sedans got pretty expansive refreshes for the 2011 model year, they are still based on a platform that is almost eight years old; having been designed while Chrysler was under the reign of Daimler. By the time the 2016 Dodge Charger arrives, the LX platform on which the muscular American sedan rides was be 11 years old and for those who are not sure – that is fairly old for a chassis platform. After the Charger arrives in 2016, the revised Chrysler 300 is expected to arrive a year later for 2017.

In addition to a new chassis platform, the 2016 Dodge Charger and 2017 Chrysler 300 will share standard rear- wheel drive and an optional advanced all-wheel drive systems along with engines and transmissions. Automobile explains that the Charger and 300 will continue offering a range of V6 and V8 engines – presumably future versions of the Pentastar V6 and the Hemi V8 – although those motors could be very different from the Pentastar and Hemi engines used now. Unfortunately, we can expect that these two full sized sedans will both exclude the option of a manual transmission but there will likely be a dual clutch unit alongside a future version of the 8-speed transmission in use with the Charger and 300 V6 models today.

As for design, we can expect that the 2016 Dodge Charger and 2017 Chrysler 300 will take very different directions even though they are so closely related. The 2017 Chrysler 300 will likely continue to shift more towards the luxury end of the spectrum as the Chrysler brand looks to compete with the likes of Lincoln, Cadillac and Audi. Even though the 300 and 300C will pack big power, these cars are luxury first – inside and out. On the other hand, we should expect the 2016 Dodge Charger to continue along the same aggressive, sporty lines that we see in the current Charger sedan. While many of the amenities offered in the Chrysler 300 in terms of interior goodies will be available in the Charger, we can expect to see more of a sports car design inside and outside of the new 4-door muscle car. In an ideal world, the Charger lineup would all take a design page from the current SRT lineup (shown above on the right) with a far more aggressive fascia design but in any case – we can expect the Charger to be the sporty model while the 300 offers premium luxury.

With any luck, the Chrysler engineers will use chassis technology to lighten up these two brawny sedans as, while they pack plenty of power, both the Dodge Charger and Chrysler 300 have both faced a great deal of criticism for their extremely high curb weight. I am fairly sure that most dedicated Mopar lovers would agree that nothing would be more appreciated in the next generation Charger and 300 sedan than a lower curb weight. This would allow them to make better use of the power, be more nimble at all speeds and offer better fuel economy so this is surely one of the features that is being focused on during the design stages.

Hopefully, the 2016 Dodge Charger and 2017 Chrysler 300 will both feature Street and Racing Technology variants as the high performance SRT8 models are easily among the coolest vehicles available on the US market.