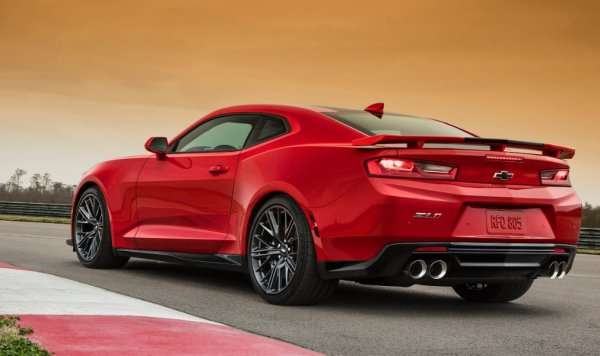 The New Camaro ZL1 Might Have Lapped the Nugburgring in 7:23

There have been plenty of videos and pictures over the past few months showing the new Chevrolet Camaro ZL1 testing at the Nürburgring and while there has been no official lap times stated by GM, the Wikipedia page for the top Nürburgring Nordschleife lap times suggests that the new supercharged Chevy lapped the enormous track in just 7 minutes and 23 seconds.
Advertisement

This bit of news comes from our friends at Camaro News, who noticed that the Wikipedia page “List of Nürburgring Nordschleife lap times” included a listing for the 2017 Chevrolet Camaro C6 ZL1. There is no driver listed, nor is there a date or any supporting information other than “GM Conducted Test”, but this listing suggests that the new supercharged Camaro made it around the 12.9 mile 7:23.77.

Now, I understand that there will most certainly be some skeptics of this unofficial lap time for the new Camaro ZL1, as anyone could have simply made up that time and plugged it into the Wikipedia system without any sort of proof, but this time seems like it could be legitimate time. While this could be fake, it creates some interesting discussion with the automotive world being a little short on news right now.

First, when compared to the previous Camaro ZL1, this new model is a little smaller, a little lighter, more aerodynamic and – most importantly – it has gobs more power. The Camaro that ran a 7:41 “only” had 580 horsepower and 556lb-ft of torque, while the new ZL1 LT4 engine packs 640 horsepower and 640lb-ft of torque, so this new Camaro will most certainly get down the long straights faster than the previous version.

Next, there have been comments from within GM that the 5th gen Camaro Z28 was a benchmark vehicle for the development of the 6th gen Camaro. If GM started with the Z28 that ran a 7:37 in the rain and built from there - starting with the aforementioned 640 horsepower engine rather than the 505hp Z28 engine – it seems very possible that GM could have shaved 14 seconds with this new model.

Hopefully, General Motors will either confirm this Nürburgring time or refute this time by announcing the correct lap time for the 2017 Chevrolet Camaro ZL1, but until we know more – it looks like the newest supercharged Camaro has laid down an incredible Ring time.

tony1991 wrote on July 8, 2016 - 7:32pm Permalink
This will be outstanding if this is true. I've been saying this all along now that GM is planning on moving the camaro into corvette territory and move the corvette into bigger and better things.