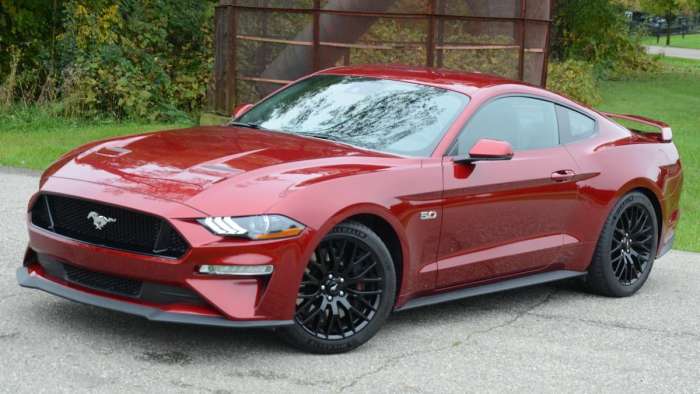 Sales numbers are in for the second quarter of 2019 and once again, the Ford Mustang leads the segment, with the Dodge Challenger sitting second and the Chevrolet Camaro sitting in a distant third.
Advertisement

Today, we bring you our second sales report for the segment that consists of the Ford Mustang, the Dodge Challenger and the Chevrolet Camaro. Some people like to call them muscle cars, some people like the call them sports cars, some people like to call each of them something different and all of those descriptions are valid in one way or another, but at the end of the day, these three cars compete head-to-head in the US market. I call it the muscle car segment, as that is what most people within the industry call it, but you can call it whatever you like.

For the past few years, I have covered monthly muscle car sales, but with Chevrolet moving to quarterly reporting in 2018, Ford moving to that system at the beginning of 2019 and FCA going that route from now on, I will be doing a quarterly sales report rather than monthly. This began at the end of the first quarter, with the Mustang leading the Challenger and Camaro, and that order has not changed during the second quarter of the year. For the quarter and on the year, the order is still Mustang-Challenger-Camaro, which comes as little surprise.

2019 Q2 Performance Car Sales
During the second quarter of 2019, Ford sold 21,625 Mustangs, with the Dodge Challenger coming in second with 15,237 units sold and the Camaro was third with 12,433 cars delivered in April, May and June. While all of those numbers are an improvement over sales from the first quarter of 2019, they are all down when compared to the same three months in 2018. During the second quarter, Ford posted the smallest decline, down just 7% while the Camaro was down 8.5% and the Challenger was down by 26%.

1st Half of 2019 American Performance Car Sales
On the year, all three of these popular American performance cars are slumping, with the Camaro showing the smallest decline of just 3.4%. The Mustang is next, down 9.2% and the Challenger is down 23%, but after the big Dodge posted a handful of monthly records in 2018 that led to the model’s best sales year ever, the odds are good that the Mopar muscle car will see the biggest declines this year.

However, lackluster sales growth aside, the Ford Mustang still leads the segment in sales through the first six months with 38,542 units sold. The Dodge Challenger is second, almost 10,000 units back with 28,668 units sold and the Chevrolet Camaro is third with 24,516 cars sold this year.

Realistically, it seems highly unlikely that Dodge or Chevy will sell enough muscle cars to catch up to the Mustang, but if Camaro sales can improve a bit while Challenger sales slump through the latter stages of 2019, there could be a battle for second.