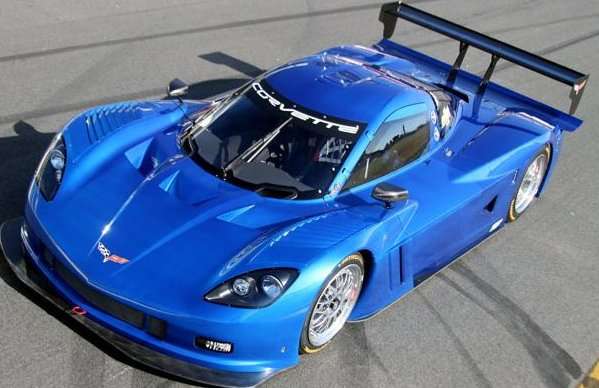 Last month we talked about the possibilities of a C8 Chevrolet Corvette ZR1 sporting a mid-engine design and the Zora name and today, more information has surfaced – suggesting that the mid-engine Zora ZR1 Corvette is indeed on its way and it might be coming for the 2017 model year.
Advertisement

Last month, the folks at Motor Trend announced that they had spoken with a variety of sources – including GM boss Mark Reuss – who suggested that the next generation Chevrolet Corvette (the C8) is already well into the development stages. This month, it is Car & Driver’s turn, and the October issue of the magazine that is on newsstands now has a much more elaborate collection of information on the future of the Corvette that C&D claims could arrive for the 2017 model year.

The Arrival of the Mid-Engine Corvette
According to Car & Driver, the 2017 model year will bring about the introduction of the new Chevrolet Corvette Zora ZR1, which will be the first ever mid-engine Corvette. This comes from insider information that indicates that the next generation Corvette will be “revolutionary”, and it is hard to come up with an aspect of the C8 Corvette that would be more revolutionary than a mid-engine design. This remarkable piece of American automotive machinery is expected to wear the “Zora” name in addition to the ZR1 badging to pay tribute to Zora Arkus-Duntov – the man credited as being the father of both the Corvette as we know it today and the inventor of the Chevy small block V8.

Duntov’s goal in the 1960s was to turn the Chevrolet Corvette into a car that would compete with any sports car in the world and while the Corvette from the past 50+ years has often been a leading force in the world of automotive performance – the mid-engine 2017 Corvette Zora ZR1 will take that to the next level. Considering that the C6 ZR1 was nearly unbeatable when pitted against other production cars from around the world, a ZR1 that GM thinks is good enough to wear the Zora name will surely be a total showstopper.

Composition of the 2017 Corvette Zora ZR1
While the 2017 Chevrolet Corvette Zora ZR1 will be unlike any Corvette in history thanks to the rumored mid-engine design, many of the other vital aspects of the Zora will be similar to the current C7 Corvette Z06 and the “old” C6 Corvette ZR1. This will likely start with the newest version of the new GM LT engine series, following in the footsteps of the Stingray’s LT1 and the Z06’s LT4. The Zora Corvette will almost surely feature forced induction to yield better than the 650hp and 650lb-ft of torque from the new Corvette Z06…presumably something in the 700-725 horsepower range that will allow GM to knock the Hellcat cars off and give The General the bragging rights of selling America’s most powerful production car.

SEE ALSO: The Corvette Crushes Every Other Premium Sports Car in the US in Sales

This power will be sent to a similar rear mounted transaxle similar to the one in the current Corvette Z06, but the location of the engine just in front of that transmission setup will allow the Zora ZR1 to put more power to the wheels while also removing the weight of the driveshaft that runs between the engine and transaxle in the current Corvettes.

Finally, through the shift of the engine to behind the seats and the introduction of even more carbon fiber bits front to back, the 2017 Chevrolet Corvette Zora ZR1 will almost surely be the most powerful, the fastest and the quickest Corvette ever while also challenging any American production car before it in pretty much any type of race – from blasting down the quarter mile to soaring around the Nurburgring.

DON'T MISS: A Look at How the 2015 Corvette Z06 Stacks Up Against the Best in the World.

I have to admit that I am just a little skeptical that we will see a C8 Corvette hitting the market in 2017 since the 2014 Corvette is still selling so well. It is one thing for an automaker to stay ahead of the curve, but it is a whole different story to introduce the next generation of a car that is crushing everything else in the market in terms of sales…and performance. However, the idea of a mid-engine Corvette that would likely crush anything from Germany, Italy and any other supercar producing country in the world certainly peaks my interest so I am hoping that these reports and inside information prove to be correct.

cary gay wrote on September 11, 2014 - 10:27pm Permalink
Only if Zora himself was alive to see this.
pat walker wrote on March 20, 2015 - 5:07pm Permalink
I ear you on that one! He did made a 68 AWD corvette thought ;) the XP800 I think was a prototype
Doug von Waller wrote on September 16, 2014 - 10:25am Permalink
A mid-engine Corvette would be a dream-come-true! With the worldwide horsepower race at full throttle, the front engine Vette has already exceeded it's traction limits at only 460 HP. The new Zora promises sub 3-second zero to 60 mph speeds, and that subsequently lowers quarter mile trap speeds. Shifting more vehicle weight to the rear wheels will allow more reasonable 1,000+ x-charged horsepower street driving and control. I know of no Corvette lovers that want to see all wheel drive with it's 400 pound weight addition, or a V-6, so V-8, mid-engine RWD is the answer. Only Chevy can accomplish this while retaining the new Corvette Good Looks!
Bernie Rothe wrote on October 7, 2014 - 9:36am Permalink
The mid-engine Corvette will be the greatest Corvette yet. I just hope that its not the same story that we have heard for the last fifteen years.
Dave wrote on November 24, 2014 - 12:45pm Permalink
projected sales ? better keep your current tub chassis . it's good ! the vette pictured Is Too difficult to get in and out of To pay for itself . gt 40's lola. and lambo's have been made i think you will only push the buyers AWAY from this market . looks to close to ford mk IV . and not the driver freindly machines we Know and love.