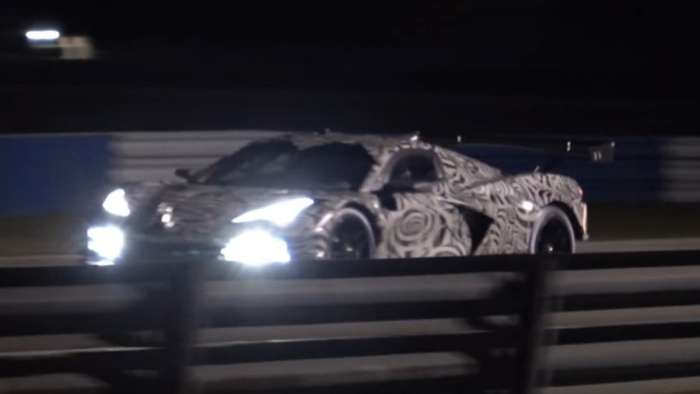 Mid-Engine Chevrolet Corvette Will Not Debut Next Month in Detroit

A new report with input from General Motors has stated that the mid-engine Chevrolet Corvette will not make its grand debut at next month’s 2019 North American International Auto Show in Detroit – meaning that we will all be waiting even longer for what could be the next generation of the legendary American sports car.
Advertisement

It has been so long since word hit the internet that the mid-engine Chevrolet Corvette would debut in Detroit that I can’t recall what outlet began spreading what we now know is just a nonsensical rumor, but we know who has disproven that bit of fake news. While speaking with a Chevrolet representative, the folks at GM Authority learned that the brand has no car or SUV debuts planned for January’s Detroit Auto Show. Among other things, this means that the new mid-engine Corvette will not debut in Cobo Hall next month.

There was no mention of Chevrolet trucks in the report, so we can guess that the new Silverado HD that has been shown off online could make a formal appearance, but for all of the people who were planning on meeting the long-awaited, mid-engine Corvette in a little over a month – you are going to have to wait a little longer.

No C8 in Detroit
While this news will come as a surprise to many people who, frankly, believe everything that they read on the internet, the fact of the matter is that General Motors has never acknowledged the existence of the mid-engine Corvette program. In fact, at one point a few years back, Corvette chief engineer Tadge Juechter said that he was unaware of any such program. However, the endless stream of videos and spy shots prove that the automaker is working on some variety of performance car with a distinct mid-engine shape.

With all of these videos and pictures floating around the internet, the rumors that the mid-engine Corvette would debut in Detroit made perfect sense, but now it seems that is not the case. Of course, there is a slim chance that Chevrolet was being coy when speaking with GM Authority and the new Corvette will debut next month, but that seems highly unlikely.

Perhaps there will be a mid-engine sports car on display from GM in Detroit, but it will be a Cadillac and not a Corvette, but in the end, I expect that the biggest news from the General will be the new Silverado Heavy Duty and we will all be left waiting for more information on the automakers mysterious mid-engine project.