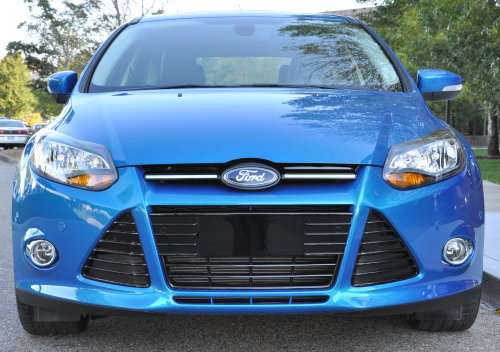 October 2012 was a month that Ford Motor Company likely looks forward to putting behind them as with a weaker month by the Ford brand and a horrible month for Lincoln, the Motor Company posted a growth of less than 1% - making them one of the worst performance automakers in the US in terms of growth.
Advertisement

While October 2012 was a pretty month in terms of sales growth, the 168,456 units sold make them the second best auto group in terms of volume while the Ford brand once again claimed the title of America’s bestselling single brand. While Ford Motor Company falls short of cross town rivals GM and Chrysler – the lack of a big gain is more due to Ford’s strong year in 2011 than it is a bad year in 2012. Overall, the Motor Company has sold 1,858,270 vehicles from January through October 2012 – an increase of 4.9% compared to the same term in 2011.

The Ford brand was the top performer from the Motor Company that bears its name – with 163,302 vehicles sold accounting for an increase of 1% compared to October 2012. The top performer from Ford in terms of growth was the compact Focus with a jump of 47.9% with 18,320 units sold making the Focus Ford’s bestselling car. The Ford Transit Connect was second in growth with an increase of 22.4% and the Explorer was third with a jump of 12.9%. As always, Ford was led in sales volume by the F Series pickup family with 56,497 truck sold (up 7.6%) while the new Escape was second with 19,832 compact SUVs sold and the aforementioned Focus was third in sales. On the year, the Ford brand has moved 1,789,236 new vehicles – 5.2% better than the same 10 months of 2011.

The Lincoln brand posted another rough month in October 2012 with 5,154 vehicles sold accounting for a drop of 15.4% compared to the same month last year. The Lincoln MKT was the top performer in terms of growth with a jump of 15.4% and the Navigator was second with an increase of 8.5%. All other models in the Lincoln brand posted negative year over year growth in October. In terms of sales volume, the top luxury model from Lincoln is the midsized MKZ with 1,614 units sold last month. The second best model from Lincoln was the MKX with 1,602 new SUVs sold and the Navigator was third in overall sales for October with 792 units sold.

Things could be better for Ford Motor Company but the group can likely expect a massive increase in sales when the 2013 Ford Fusion has hit dealerships around the country with full force. The old Fusion was one of America’s bestselling cars and the improvements made to the next generation Fusion should make this model even more successful than the last. As for the Lincoln brand, a new design center should bring about some new cars in the future while the short term solution could very well be the redesigned Lincoln MKZ – with all of the advantages of the new Ford Fusion with a stunned, high end luxury appearance inside and out.