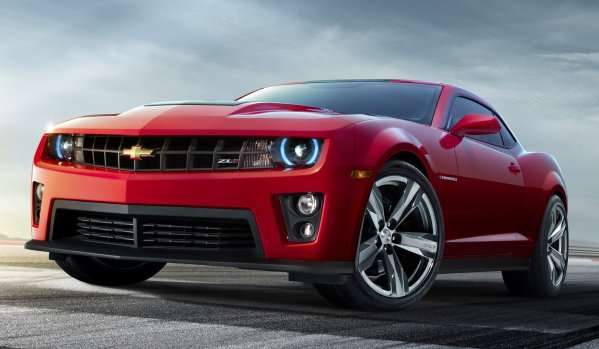 This past Friday, the very last 5th generation Chevrolet Camaro was built at the Oshawa Assembly Plant and with the 2016 Camaro being built at GM’s Lansing Grand River facility in Michigan – the last 2015 Camaro marks the end of Canadian production for the Chevy muscle car.
Advertisement

Much earlier this year, we learned that General Motors would continue building the 2015 Chevrolet Camaro until the new 6th generation, 2016 Camaro begin reaching dealerships around the country. As reported last week, the first 2016 Camaro was delivered in Texas two weekends back so it should come as no surprise that this past week marked the end of 2015 Camaro production.

Starting with the 2016 model year, all new Chevrolet Camaro coupes and convertibles will be Made in the USA, at the same Lansing Grand River facility that has been building the most popular Cadillac models over the past decade or so. Fortunately for the folks at the Oshawa plant, production of some other models will be increased to keep the crew working, unlike the Boisbriand plant which was shuttered after the final 4th gen Camaro rolled off of the assembly line.

The Last 5th Gen Camaro
I spoke with Chris Frezza of The Camaro Show, and he was able to provide me with some details on the very last 5th gen Camaro built. The final 2015 Camaro built was a ZL1 coupe in bright red (similar to the one shown above) and that car is destined for a very special home. Since it is such a historically significant model, it will be shipped to the GM Heritage Center in Warren, Michigan, where it will live alongside some of the most important cars in GM history.

General Motors hasn’t issued a statement on the end of 2015 Camaro production, but I am keeping my fingers crossed that we will see an announcement with some final production figures for the 5th gen Camaro.

David Bradford wrote on November 23, 2015 - 6:07pm Permalink
I own a fourth generation 2002 Camaro. It's red with t-tops and has the Xneia low profile trim pkg. But... It has the series 2 3800 v6 with auto Trans . I love the way it handles and sometimes I think it's ride is better than my Buick LeSabre LTD . Same engine just turned 90 degrees. Great motor but Idle is strange when put in drive and brake on. I have Rheumatoid Arthritis now and am unable to do all of the mostly small things that need repair. I am pretty sure the ERG valve needs replacing and it may have a partial blockage in the #2 cylinder fuel injector causing the slight miss. Once you hit the eccelerator it straightens out and takes off like it should? Any input from someone with experience in this idle problem would be greatly appreciated. I may have to sell it due to my health and would feel much better if I had a better idea about how to fix the idle issue. When started and left in park it idles fine. Plugged in an analyzer and keep getting #2cyc. missing and EGR valve not working properly. I have taken it in to a couple of garages in the area and no one has been able to confirm the faulty EGR even taking it out and cleaning it did nothing. Compression is great and plug and wire and coil are fine also.
Bill Roach wrote on March 9, 2017 - 1:27am Permalink
Check your number two engine coil
Dave Bradford wrote on November 23, 2015 - 6:15pm Permalink
Parts needed for 2002 Camaro. Mostly lower window seals,center console lid w/ hinges and latch, t-top covers, door pins. Would prefer to stay away from after market parts. Thanks