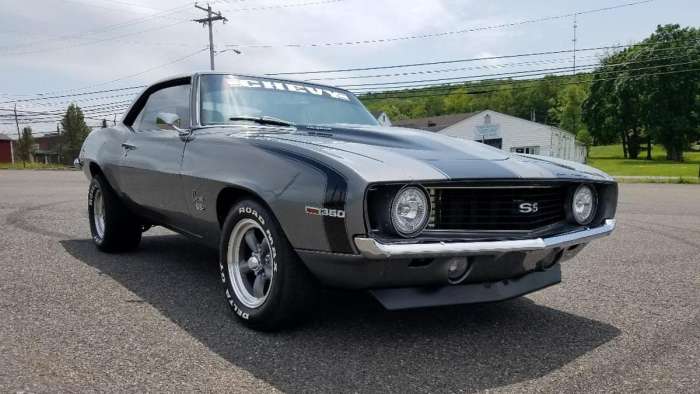 Over the course of the past few years, TorqueNews has worked with the members from the Camaros Unlimited Facebook group to select our Camaro of the Month. This begins with the members of the Camaros Unlimited Facebook page – more than 42,000 of them – nominating their favorite Chevrolet Camaro owned by a fellow member of the page. Once five owners have been nominated, the voting begins and when the balloting closes – we have our Camaro of the Month.

For June 2019, the huge group of diehard GM muscle car lovers picked this 1969 Camaro SS tribute, owned by Warren Harter. We reached out to Harter for more information on this classic muscle car and below, you will find the story of his small-block-powered machine.

The Father-Son Camaro Project
I purchased this Camaro back in October 2013. It took me 5 months prior to get the gentleman to sell it to me. I am actually the second owner of this Camaro.

I wanted to have a nice car for a father-son project, something that my son Chevy could remember us doing together. Up until that point I had one of every generation of Camaros except a 1st generation. I always liked the style of the 69. My son Chevy and I tore the whole car apart for restoration, it would be easier to tell you what we didn't replace.

Chevy and I have 5 years in building the Camaro. We built it for our own enjoyment, so we made it into a SS tribute Camaro. There were a lot of blood sweat and tears and long nights and weekends until we got it finished. So now we have a classic Camaro that we both can be proud of.