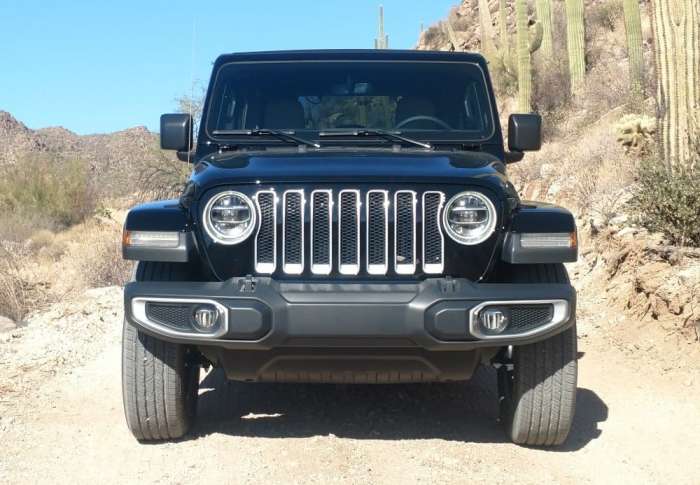 The Los Angeles Auto Show issued a press release this morning and in it, the organizers announced that the long-awaited Jeep Wrangler pickup will debut in California, ending speculation as to when the trail rated truck will finally meet the world.
Advertisement

It seems like we have been talking about a Jeep pickup forever. For years, we talked about how much a midsized pickup based on the Wrangler would make sense and the interest from the Jeep community showed that there was a market. Over the course of the past year, the Wrangler pickup has been spotted testing on the open road in heavy camouflage, but we didn’t know when we would finally see it without the covers.

Thanks to the press release from the LA Auto Show, we know that we will see the Jeep Wrangler pickup later this month during the media preview days. The LA media days are November 26th through the 29th , so in four weeks, we will finally see the Jeep pickup that so many people have been demanding for more than a decade.

Jeep Pickup
So far, we don’t know much about the Jeep Wrangler pickup. It is rumored to be marketed under the name Wrangler Scrambler, similar to one of the trucks in Jeep’s history, but that stands to be proven by any official information. It will have a front end similar to that of the JL Wrangler (shown above) along with a greenhouse that is the same basic shape, except the cab will end behind the rear seats, yielding some space to the short bed mounted out back.

It seems likely that the Wrangler pickup will come with the same engines as the current SUV, so the Pentastar V6 and 2.0-liter eTorque hybrid seem to be likely candidates. There is also a rumor that there will be a diesel engine option, which would allow the Wrangler pickup to better compete with the diesel-powered Chevy Colorado.

In any case, the Jeep Wrangler pickup – whatever it ends up being named – is expected to go on sale sometime next year, marking the first time since 2011 that the Dodge or Ram brands have offered a mid-sized pickup. With the built-in popularity of the Jeep brand and the Wrangler line, this truck is almost guaranteed to succeed.

Toyota's First EV Will Have a Name of BZ: Toyota BZ
First Videos From Inside The Boring Company's Las Vegas Loop
END_OF_DOCUMENT_TOKEN_TO_BE_REPLACED