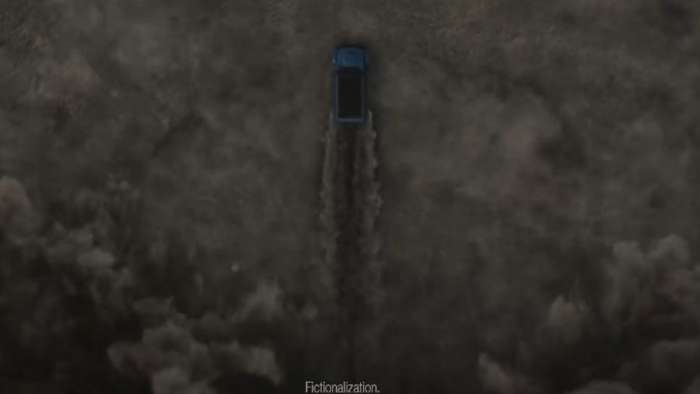 In the past 48 hours, the Jeep brand has posted two videos on social media teasing a preproduction 2021 model year vehicle that looks like a Wrangler and sounds like it is powered by a V8 – possibly the 392-cubic inch V8 from the concept that the brand introduced earlier this year.
Advertisement

A few months back, FCA introduced the Jeep Wrangler Rubicon 392 Concept, which was powered by the 392-cubic inch V8 that is featured in many Jeep and Dodge SRT models. At first, it was passed off as little more than a concept even though that concept appeared to be relatively production-friendly. Since then, we have not heard anything from FCA about that V8-powered Wrangler, but based on a few posts from the Jeep brand’s social media channels, a production version of the Rubicon 392 Concept could be coming very soon.

Perhaps we are being overly optimistic, but all of the clues point towards the 392-powered Wrangler becoming a production reality.

V8 Wrangler on Social Media
The first video pertaining to what could be a production version of the Jeep Wrangler Rubicon 392 Concept was posted to the brand’s Instagram account on Saturday, November 14th. That video, included below, shows what appears to be a Wrangler blasting across the desert with the healthy roar of a V8 engine. The caption accompanying that video reads “Some concepts are so powerful they storm into reality - Preproduction model shown. Available 2021.”

The second video was posted on Sunday, November 15th and it features better video angles of a Jeep Wrangler in action. That video also includes a V8-powered soundtrack and the captain “Adventure with power - Preproduction model shown. Available 2021.”

Again, this Jeep Wrangler definitely seems to be powered by a V8 and we can assume that it is the 450-horsepower 392-cubic inch SRT V8 from the concept, but we don’t know for sure. It doesn’t have the audible supercharger whine of the Hellcat-powered vehicles, so we believe that it is naturally aspirated, but we don’t know which naturally aspirated Hemi is under the hood.

Finally, a video posted to the Jeep Facebook page earlier today states that we should “prepare to get dirty, faster” tomorrow. That video shows a Wrangler launching and tearing through deep sand with the V8 roar.

So, we know that they are teasing a Jeep Wrangler that was formerly a concept that sounds like it is packing V8 power, and there will be more information announced on Tuesday, November 17th. Our safe money says that it is a production version of the Wrangler Rubicon 392 Concept, but we will have to wait until tomorrow for more details.

Jimmy Dinsmore wrote on November 16, 2020 - 1:26pm Permalink
Any guess on what the zero to death wobble time will be?