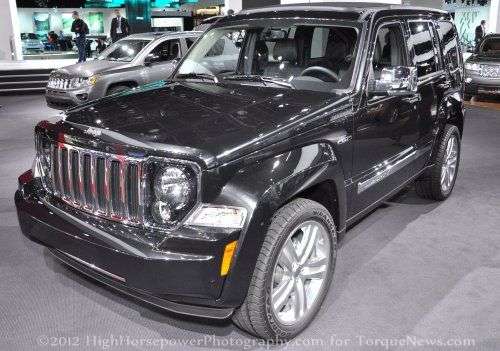 After more than 11 years of production in Ohio, the life of the Jeep Liberty as we currently know it ends today at the Toledo North Assembly Plant.
Advertisement

The Jeep Liberty was introduced in 2001 as a 2002 model year vehicle and over the last 11 years, the midsized sport utility vehicle has seen ups and downs although it has been one of the brand’s bestselling vehicles during its existence. During the first generation, Jeep sold just shy of 900,000 examples of the Liberty with the lowest year being the first year with just 88,485 units sold. Unfortunately, when the Chrysler Group rolled out the revised Liberty for the 2007 model year, sales slumped and the best year for the second generation of the Liberty was 2007 when 92,105 units were sold.

One of the key causes for the huge downturn in Jeep Liberty sales could have been the Dodge Nitro – which was little more than a rebadged version of the Liberty. While Nitro sales were never anywhere close to those seen by the Liberty, had the 74,000+ buyers who purchased a Nitro in 2007 had gone with the Liberty instead, the sales figures would have been much better during that first model year for the second generation Liberty. After 2007, sales figures decreased for both the Nitro and Liberty before the Nitro was killed off after the 2011 model year.

The replacement for the Jeep Liberty is expected to be based on an enlarged version of the Compact US Wide (CUSW) platform that currently underpins the 2013 Dodge Dart. This currently unnamed vehicle is expected to be very similar in overall interior and exterior dimensions so that it will appeal to the same group of buyers but as part of an effort to offer more fuel efficient sport utility vehicles- the replacement for the Liberty will pack a new 9-speed automatic transmission. Along with other engines, it is believed that the next generation midsized SUV will feature a new 3.2L variant of the popular Chrysler Pentastar V6 engine.

Some rumors have indicated that the replacement for the current Jeep Liberty could be called…the new Jeep Liberty. This new model could also reincarnate the name of Cherokee, highlighting the fact that it is just a step down from the brand’s flagship Grand Cherokee. While the Liberty has not met the fanfare of the Wrangler or Grand Cherokee, it has been a strong selling vehicle since being introduced for the 2002 model year with sales peaking in 2002 with over 171,000 units sold. Based on that success, it may not be a terrible idea to stick with the Liberty name as it carries very little negative connotation. However, if the Chrysler Group really wants the next generation midsized SUV to stand out, they could either come up with a jazzy new name or turn to the Cherokee moniker.

It is also believed that the new midsized crossover coming to the Chrysler brand lineup to fill the spot created when the Town & Country minivan is killed off will be based on this new Jeep Liberty replacement. Chrysler has confirmed that the Town & Country is on its way out and it is common knowledge that a new midsized or compact crossover will take its place. It is expected that the future Chrysler crossover will be based on a version of the CUSW platform – leading us to believe that it will be very similar in its architecture to the Liberty replacement. The Liberty replacement should be rugged like a Jeep while the Chrysler model would be more of an on-road luxury family vehicle so the two models wouldn’t step on each other’s toes very much should the company go this route. Some people believe that the new Chrysler vehicle could resemble the Chrysler 700 concept that debuted at the 2012 Detroit Auto Show if in name – if nothing else.

Whatever the replacement for the Jeep Liberty ends up being called, it is expected to make its grand debut at the 2013 North American International Auto Show in Detroit. If nothing else, doing away with the sluggish, inefficient 3.7L PowerTech V6 to make room for a Pentastar based engine along with the new 9-speed transmission should make a substantial difference both in power output and fuel economy ratings.

The Jeep Liberty is currently built at Chrysler’s Toledo North Assembly Plant in Ohio and the replacement will also be built there. Once production of the Liberty has come to an end, the plant will undergo the improvements needed to produce the next generation midsized Jeep.