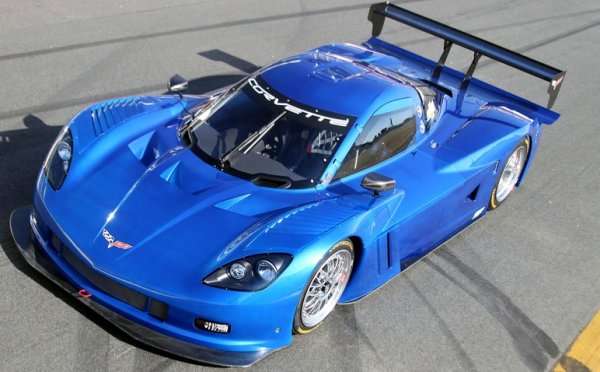 There have been plenty of rumors and reports about the C8 Corvette being a mid-engine supercar, but I just don’t believe that General Motors is going to suddenly convert their storied sports car from front engine to mid-engine – but I do believe that the General is cooking up something with a drivetrain that will compete with the new Ford GT supercar.
Advertisement

There have been insider sources, spy shots and event comments from former GM chief Bob Lutz that suggest that there will be a mid-engine Chevrolet Corvette in future. I do believe that General Motors is working on a mid-engine supercar, but I dont think that it will be a replacement for the front engine, rear wheel drive Corvette the world has come to know and love.

Tradition Matters
It can be argued that the Chevrolet Corvette is the all-American automobile, with the only possible rival being the Ford Mustang and one of the aspects that has always defined the American sports car is a front engine, rear wheel drive configuration. No other drivetrain layout can provide the proper feel of an American sports car like the front-read design and because of that, I truly don’t think that GM will ever change the Corvette from a front engine to a mid-engine design.

It is one thing for the company to do away with the hideaway headlights or the round taillights, but changing the drivetrain layout of the Chevrolet Corvette seems like a break of tradition that GM just wouldn’t attempt. Although a mid-engine Corvette could provide exceptional performance compared to the current C7, an engine mounted anywhere than under the hood just wouldn’t seem right for the Corvette.

It would be like killing off the V8 engine lineup to make room for a high performance 4-cylinder Corvette. Even if it made superior power to the naturally aspirated V8, it just wouldn’t be right for the fabled American performance car to be so different from all of the models which have made the Corvette so legendary.

Price Matters, Too
The other reason that I do not believe that General Motors will switch the Chevrolet Corvette from front engine to mid-engine is the costs associated with this redesigned configuration. There is a reason that most mid-engine cars sold around the world are supercars, as the design is generally more expensive than a front engine, rear wheel drive layout. When you consider the costs of research and development of a mid-engine C8 Corvette platform that would be rolled into the MSRP, plus all of the costs associated with the car in general, this mid-engine Corvette would likely cost far more than the current models. Pushing the base model Corvette price way up with a mid-engine design would surely slow sales, so unless GM could maintain the same price range with this shift to mid-engine, a total move to a new drive configuration seems very unlikely.

I Do Think We Will See a Midship GM Supercar
While I don’t expect that we will see General Motors convert the Chevrolet Corvette to mid-engine with the start of the 8th generation in a few years, I do believe that the rumors of a mid-engine supercar being developed by GM. With all of the facts of a mid-engine sports car program at GM, it seems that we are likely to see a proper competitor for the new Ford GT on display at the RenCen within the next decade. I have a hard time seeing how General Motors would call a new midship sports car a Corvette, but there is a chance that the automaker could offer up a special edition trimline of the Corvette that might just be called the Zora. This car could be a road going version of the Corvette Daytona Prototype (shown above) that led the way in the 2014 Tudor endurance racing series.

In other words, regardless of the name of the car, I do suspect that we will see a mid-engine sports car from General Motors in the not-so-distant future, but I believe just as strongly that even if this midship sports car wears the Corvette name – the Corvette lineup will still be built on a front engine, rear wheel drive design.

Austin F. wrote on January 18, 2015 - 1:40am Permalink
Valid point, I very much enjoy this insight, that is contrary to the masses of other car enthusiasts all rallying around a mid engine corvette, very good to see a site that takes its own opinion on cars.
Jeffrey wrote on January 22, 2015 - 11:59am Permalink
I believe the rumor from C&D is that the mid-engine variant will be the ZR1 (or similar corvette exotic) while the rest of the C8 lineup will be the traditional set up. Essentially two different cars sharing the same first name. Its all marketing, but great for auto enthusiasts.
RaySea wrote on February 5, 2015 - 5:43pm Permalink
I hope you're right. In fact, I hope they place under the Cadillac badge. Cadillac needs a smaller sibling for the ATS-V and CTS-V. A mid-engine sports car would be the perfect candidate.
kenneth wrote on October 11, 2017 - 10:19pm Permalink
you are pretty far off base on a lot. Chevy would be going backwards to play with the Ford GT. Corvettes rival is the Viper not the Mustang (thats Camaro your thinking of). and Camaro has stepped into the old shoes that Corvette once filled. As far as price going up I dont think it will hurt as bad as you think. As it is its running with Ferrari, imagine the drastically better performance with mid-engine and how it will rip up Ferrari. So even raising the price to $150k-$160k for a car that will trash a $300k car is very reasonable. and for those track enthusiast that thats a bit out of reach for they can grab themselves a Camaro ZL1 1LE and Chevy still wins.
Unknown wrote on November 30, 2020 - 5:02pm Permalink
This is sooo poorly aged