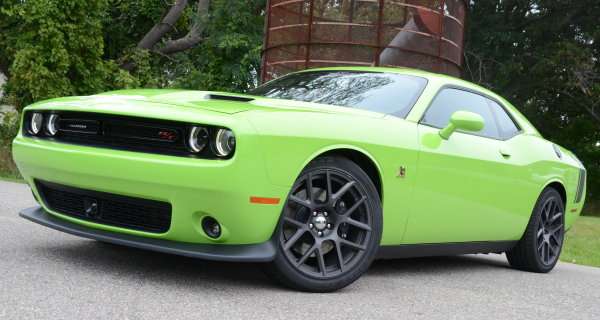 Heritage Colors of the Dodge Challenger and Charger Ranked

Yesterday we brought you the news that the 2016 Dodge Charger and 2016 Dodge Challenger would be available in the striking Plum Crazy purple and today, we bring you a breakdown of the unique special edition colors features on these two Mopar muscle cars since returning to the lineup in the mid-2000s.
Advertisement

The modern Dodge Charger was introduced for the 2006 model year and the modern Dodge Challenger arrived two years later, for the 2008 model year. Since those introductions, the Dodge Charger has been offered in 16 “Heritage Colors” while the Dodge Challenger has seen 17 of these special hues designed to pay homage to the classic Mopar muscle cars in their uniquely named (and sometimes, not so much) exterior paint choices. Mind you, these are in addition to the “normal” paint options, so were far more colors and far more units sold than the numbers discussed below.

Toxic Orange was only available for the 2011 Dodge Charger, but it ranks 2nd with 5,205 units sold

B5 Blue debuted in 2008 and returned for 2015 with strong sales, with a total of 3,978 units sold making this metallic light blue the 5th most popular Heritage color for the muscular sedan.

Hemi Orange was available for 3 model years, but the numbers are surprisingly low, with just 2,223 units putting it in 6th spot, although another orange hue arrived a short time later in moved 1,638 units, making it the 8th most popular choice.

The 9th through 16th colors on the list were all available for a single model year and the numbers are available on the list below, beginning with Sublime. As you can see, the most limited edition color for the modern Dodge Charger is Stinger Yellow, which was only offered on the 2012 SRT8 Super Bee.

Dodge Challenger Heritage Colors by Popularity
The Dodge Challenger has now existed for 8 model years and during that time, there have been 17 Heritage colors for the brawny Mopar muscle car.

As is the case with the Charger, TorRed has been offered the most often on the Challenger, being available in 6 model years. That has helped make it the most popular, with 24,781 Challengers painted this beautiful bright red.

Hemi Orange is the next most popular, having been offered in 4 model years for a total of 14,738 units.

B5 Blue ranks 3rd for the Challenger with 6,602 units, but we can expect to see that number grow as this color is likely to be available for the 2016 model year as well.

Sublime (shown above) has only been available for the 2015 model year, but it was insanely popular (and it is my favorite), with 6,208 units sold making it the 4th most popular Challenger color.

The rest list is available below, including the 8th through 17th most popular colors. Included in this list is some of the most striking Challenger hues, including Stinger Yellow, Furious Fuchsia, and Green With Envy. As you can see, the most limited edition Challenger paint package was Pitch Black, which was only available on the Mopar 14 Shaker Challenger.