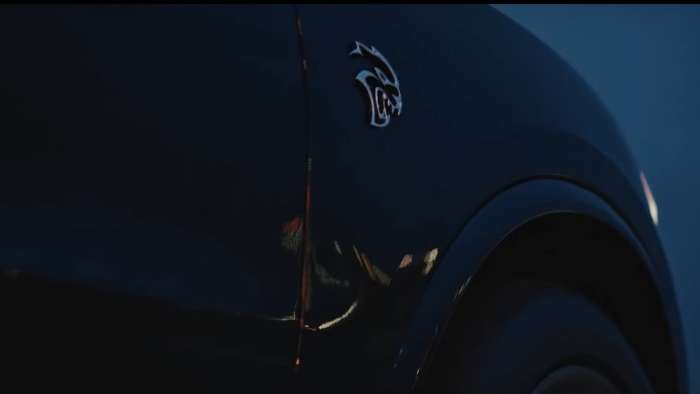 Hellcat Durango or Ram: Which is Coming First, and When?

We have known for some time that a Ram 1500 with the supercharged “Hellcat” Hemi will eventually come to market, but with Dodge seemingly teasing a Hellcat Durango, could we see the 707-horsepower SUV ahead of the pickup?
Advertisement

No time table was offered as to when the Hellcat Ram 1500 would arrive in dealerships, but inside sources have long-stated that it would arrive sometime during the 5th generation of the half-ton truck. That generation has been on sale for more than a year now, so many enthusiasts expect to see it arrive any day now.

In fact, prior to the introduction of the newest Dodge commercial (below), which is based on footage from the new movie Fast 9, I would have said without question that we would see a Hellcat Ram before we see a Hellcat Durango. However, since that commercial seemingly gave us a glimpse of the supercharged SUV, perhaps that will be the next high performance FCA product to make its grand debut.

Hellcat Ram or Durango First?
There are a few things to take into consideration when debating whether we will see a Hellcat-powered Dodge Durango or Ram 1500 come to market first.

Most notably, we have already seen the Ram 1500 Rebel TRX in concept form, although it was a previous generation truck. Also, the company has stated in a press release that the Hellcat-powered Ram is approved for production. On the other hand, there has never technically been a Dodge Durango Hellcat concept, nor has the company ever stated that such a vehicle is in the works. There have also been spyshots captured showing a beefed-up Ram 1500 running around Metro Detroit and many people believe it to be a Rebel TRX test truck.

Based on this information, it seems likely that the Hellcat-powered pickup would debut first.

The flip side to this debate is that Ram hasn’t really said much about the Rebel TRX since that quick mention in the October 2019 press release, but Dodge chose to show off a Durango with Hellcat badging as we are heading into big auto show season. Also, inside sources have confirmed that Hellcat Durango test vehicles are on the road and have been for some time, but since they look just like the SRT Durango, these supercharged SUVs don’t stick out to the spy photographers like the Ram 1500 mules.

It seems unlikely that Dodge would show us what appears to be a Hellcat Durango if the brand doesn’t plan to offer it. It also seems unlikely that they would show that vehicle in an advertisement if they planned to wait a year or more to debut. The fact that Dodge chose to tease a Durango Hellcat now leads me to believe that this vehicle will debut – at least in concept form – at one of the upcoming auto shows.

The next possible debut for either of these vehicles is the New York International Auto Show in April. In the past few years, the first Hellcat Challenger debuted in New York, as did the 5th generation Viper, Jeep Trackhawk and the Challenger Demon, to name a few. FCA clearly likes showing off high performance machines in the Big Apple, so it would make good sense for one of these models to debut there in April.

As mentioned above, the Detroit Auto Show is now in June and with this being the first summer show for the Motor City, we expect to see the American automakers pull out some big debuts to draw a crowd. I believe that one of these two vehicles will debut at the Detroit show, even if the other one debuts in New York. There has been talk that Jeep could have an outside drive area with some dirt to climb. That would make a perfect setting for the debut of a 707-horsepower off-road truck.

The Dream Scenario
The best-case situation here is that the Dodge Durango SRT Hellcat debuts at the New York Auto Show in April, followed by the debut of the Ram 1500 Rebel TRX with Hellcat power in Detroit in June.

Of course, it is possible that one or both of these models could be pushed back to debut at the Los Angeles show in November, but that would mean that the model in question likely wouldn’t arrive until the 2022 model year. With pictures of what are believed to be Ram Hellcat models on the road and unofficial confirmation that there are Hellcat Durango test vehicles on the road, it seems unlikely that one or both would be that far off from production, but it is possible.

The bottom line here is that it is very likely that FCA will have one, if not two more 700+ horsepower vehicles in their corporate stable by the end of this summer.

DeanMcManis wrote on February 3, 2020 - 4:01pm Permalink
I had heard the most about the RAM Rebel TRX, and I think that should be the first out for a couple reasons. First, it has the best chance to stand out against Ford's Raptor and pretty much any other power pickup. Some Ford dealers offer supercharger kits, and/or performance packages from Roush, Saleen and others. And second because the Jeep Cherokee Trackhawk is already bringing AWD Hellcat power to FCA SUVs. The Durango is a variation on the theme and will be showroom candy for Dodge, plus it could possibly use the same full drivetrain as the Trailhawk, so it might be an easier adaptation than the pickup. But I still think that the RAM Hellcat would make the biggest impact, and showroom candy, and be a lucrative upsell for RAM buyers. I have to wonder how many of these will get totaled in the 1st year of ownership? Absolute power corrupts absolutely. I am also hoping to see a Hellcat Gladiator built. It is just as outrageous as the other two beasts, but Jeep can leverage the Gladiator's popularity, and again draw more enthusiasts to the dealerships, and upsell for top profits.
Roy Jones wrote on February 22, 2020 - 12:03pm Permalink
A dealership has already done successful Hellcat powertrain conversions on the Gladiator. They listed a new red one on ebay last month.