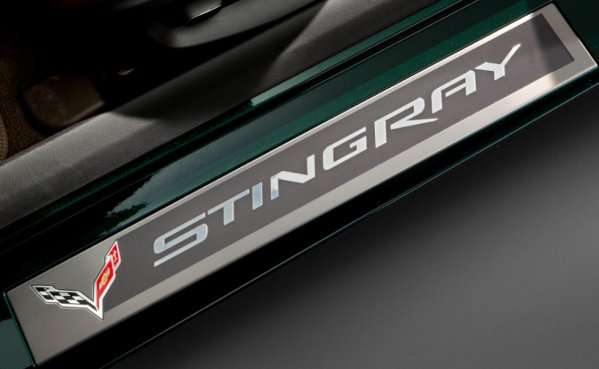 While the 2015 Chevrolet Corvette Z06 will likely prove to be the performance leader in the American supercar segment, adding a bit more power to the Corvette Stingray in the near future could allow the far less expensive Chevy sports car to knock off the mighty Dodge Viper in almost any performance venue.
Advertisement

When the C7 Chevrolet Corvette Stingray was introduced for the 2014 model year, it was instantly compared to the 2013 SRT Viper. Even though the Stingray packs almost 200 less horsepower and costs about half as much as the Viper, the lack of real competition for either the Corvette or the Viper in the American market led to many publications pitting these two US sports cars head to head. Surprisingly, the C7 Stingray held its own, often beating the SRT Viper in the areas of skid pad handling, slalom handling and braking while losing in the races that focused the most on power, such as 0-60 and quarter mile times.

While it is all but certain that the 2015 Chevrolet Corvette Z06 will beat the Dodge Viper in every way when it arrives with 650 horsepower and 650lb-ft of torque, there is a chance that adding a bit more power to the “normal” Corvette could allow Stingray owners to outrun Viper owners in every venue.

Why Would GM Pack More Power into the Corvette Stingray?
The 2014 and 2015 Chevrolet Corvette Stingray is powered by a new LT1 V8 that packs 455 or 460 horsepower depending on whether or not the high performance exhaust system is chosen. This puts it well below the 640hp Viper and that huge differential in power was why the Stingray failed to adequately challenge the mighty Viper in quarter mile races and 0-60 times. The Stingray beat the Viper in the slalom, the skid pad and in braking distances so while adding a bit more power wont allow the C7 “base” Corvette to beat the Viper down the drag strip – adding more power could allow the new Corvette a very real chance or outrunning the Viper on a road course.

But you might be asking yourself – “If the 2015 Corvette Z06 is going to beat the Viper so handily, why would GM want to increase the power of the Corvette Stingray?”

Well, with the 2016 Chevrolet Camaro set to introduce us to the 6th generation of the classic GM muscle car, we can expect to see the LT1 V8 from the current Corvette under the hood of the upcoming Camaro SS. Some folks are hoping to see power ratings in the area of 460-475hp from the Camaro SS, but GM wouldn’t make the Camaro SS more powerful than the Corvette Stingray. However, if the company made some tweaks to increase the output of the Corvette Stingray up to 480-500 horsepower, it would leave a comfortable gap between itself and the Z06 while also distancing itself from the Camaro SS. Most importantly, that extra 10% of horsepower could allow Stingray owners to better challenge the far more expensive Vipers in almost any battle.

Although the Chevrolet Corvette Z06 will handle the SRT/Dodge Viper, it would make for some serious bragging rights if the “base” Corvette would pose a bigger threat to the $100,000+ Viper. This means that folks who pay $60,000 for a future C7 Stingray could go head to head with drivers of the $125,000+ SRT Viper GTS and have a very real chance of winning the race.

tsundree wrote on August 5, 2014 - 1:09am Permalink
the ZR1 C6 corvette beat the viper GTS in handling, ride comfort and interior comfort. performance wise the corvette zr1 and viper are identical 0-60, 1/4 mile, half mile and top speed... do keep in mind the ZR1 is a supercar from 2008! and still beat the viper.... this new Z06 has more power, less drag, better balance and beat the ZR1 im sure it will destroy the 150K viper.