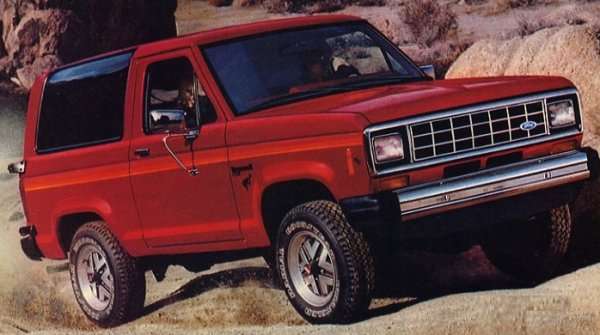 A new reported states that the future Ford Bronco will be engineered in Australia even though it will be built in Detroit – all but ensuring that the new Bronco will be a smaller, body-on-frame vehicle and not a larger, F150-based machine.
Advertisement

It was recently confirmed by a UAW plant chairman that the Ford Bronco will return in the near future and when it arrives, it will be built at the Detroit area Michigan Assembly Plant. The Michigan Assembly Plant currently builds the Ford Focus, but with that small car transitioning production to Mexico, the company will transition this Detroit production facility to a midsized truck and SUV plant.

However, while the new Ford Bronco will be built in the USA, it will not be engineered and designed here.

A Bronco Engineered Down Under
According the Australian outlet Motoring, Ford’s Asia-Pacific Product Development Center in Australia is currently working on the new Bronco, which will be based on the same underpinnings as the new Ford Ranger. Ford has tasked their Asia-Pacific crew with this because they were responsible for the current Ford Ranger T6, which isn’t sold in the USA. Although the current Ranger hasn’t been sold in the USA, it has proven to be a popular pickup and many other global markets, so it makes sense for Ford to turn to the engineers and designers of their current midsized pickup when working on a new one.

That is bad news for those Ford fans who were hoping for a large, F150-based Bronco, but with the new Bronco, Ford isn’t trying to take on the likes of the Chevrolet Tahoe. Instead, this smaller Bronco might be designed to challenge the likes of the Jeep Wrangler.

Ranger-Based Ford Bronco
While some folks might frown at the idea of a smaller body-on-frame modern Bronco, the current Ford Ranger T6 has proven itself to be a great offroading vehicle. If the next Ford Bronco is a more extreme version of the Ranger (with a different shaped cab, of course), this new Bronco could be more capable than any of the old school models.

The reason that I expect the next Ford Bronco to be a vehicle with a more extreme design is that in the United States, Ford already offers a broad spectrum of SUVs. With the EcoSport, the Escape, the Edge, and the Explorer, the new Bronco is almost guaranteed to compete with one of the current vehicles in terms of size class, so the Motor Company will need to make the Bronco different from the rest of their SUVs. I think that they will do that by making the new Bronco a more extreme, high riding midsized SUV which will be far more rugged to the similarly sized Ford Edge.

This Bronco will likely be a little more expensive than the similarly sized Ford SUV, but it will be more capable and probably much more fun to drive – especially off road. I am still questioning whether Ford will make the new Bronco as extreme as the Jeep Wrangler and I doubt that we will see a new 2-door Bronco, but I expect the new Ford SUV to be their best competitor to the legendary midsized Jeep.

The bottom line here is that the next Ford Bronco is being engineered by a team experienced in midsized design, so there is almost no chance that it is going to be a big F150-based SUV.