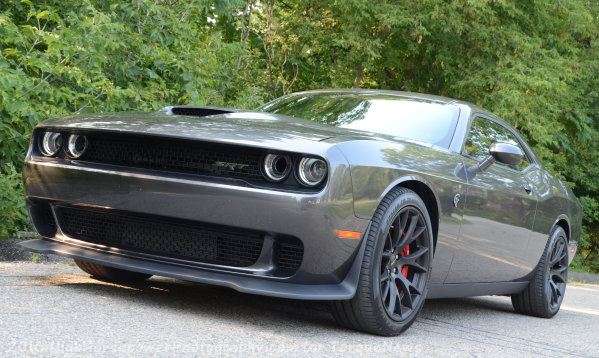 Future Dodge Challenger and Charger Production Could Stay in Canada

There has been speculation as to whether the next generation Dodge Charger and Dodge Challenger would continue to be built in Canada, comments from Sergio Marchionne suggest that the two Mopar muscle cars will continue to be built in Brampton when they transition to the next generation – even if they are on a platform shared with Alfa Romeo.
Advertisement

The expectations that the next Challenger and Charger will be based on Alfa underpinnings has led to some speculation as to where these brawny muscle cars will be built. After all, is the common for vehicles with shared platforms to be built in the same plant, but would Chrysler really build their muscle cars overseas?

The Made in Canada Muscle Car
When the Chevrolet Camaro shifted production from Canada to Lansing Grand River in Michigan, GM picked up the ability to market their newest muscle car as being “Made in the USA”. Ford is also able to make this claim with every Mustang being built at the Michigan Flat Rock Plant. Dodge likes to talk about how the Viper is the only American supercar made in the Motor City and that led to speculation that the company might look to shift production from Brampton, Ontario, Canada to somewhere in the US. At the same time, speculation about the chassis platform of the next generation Challenger and Charger has created rumors about these cars being made overseas – even though there has never been any grounds of that change.

However, it seems that the rumors and speculation about a relocation of Dodge Challenger and Dodge Charger production has been put to bed, as company boss Sergio Marchionne recently pointed out how much they have invested in the Brampton plant in the past few years while stating that the company will continue to produce their large, popular muscle cars in-house. This is really just speculation, but it is based on comments from the man in charge, leading all of us to believe that the Mopar muscle cars will carry on at the current production facility into the next generation.

While some Americans might wish for the Dodge Challenger and Dodge Charger to be Made in the USA, the workers at Brampton have done a great job of building the modern Mopar muscle cars since they were all introduced in the mid-2000s.

John vanBoven wrote on May 26, 2016 - 11:25am Permalink
It is hard to believe that people can not read their text before they publish. To actually state that: "they will do so with a new chassis platform that is currently used for the Alfa Romeo Giulietta." This is just rubbish, typical Allpar. It is Alfa Romeo GIULIA.