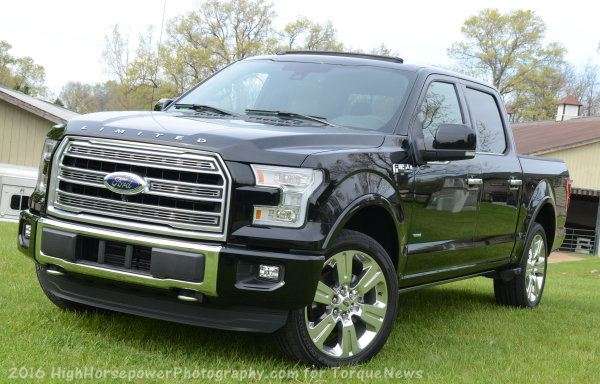 Ford Motor Company has announced a recall of select F150 pickups and Explorer SUVs from the 2016 model year over a concern that the driver’s seat may not be properly assembled – possibly leading a greater risk of injury in the event of an accident.
Advertisement

The 2016 Ford F150 and the 2016 Ford Explorer are built in three different plants around the United States, but both popular Ford vehicles are being recalled for the same issue. In these vehicles, there is a concern that the driver’s seat has not been assembled correctly and in the event of an accident, the seat might not provide proper restraint.

In all of these vehicles, the seatback driver’s seat may not have been welded properly so if one of these affected Ford F150 or Ford Explorer models should get into an accident, the welds could fail and the seat could essentially change shape. As you can probably imagine, having the inside of the driver’s seat break during an accident can most certainly lead to an increased chance of injury.

Fortunately, there have been no reports of injuries stemming from this F150 and Explorer.

Once the owners of these 6,661 F150 pickups and Explorers have been asked to bring their vehicle to the local dealership for inspection and – if needed - repairs. To fix the issue, the dealership will replace the driver’s side seat back with one which has been properly assembled. That swap shouldn’t take terribly long, but owners will want to check in with the dealership ahead of time to make sure that they have a matching seatback in stock before you come in to have the recall worked performed.

If you own one of these Ford F150 or Ford Explorer models, this is not the kind of recall that you should take lightly, so when you get the recall notice in the mail – contact the dealership for more information on getting it fixed.