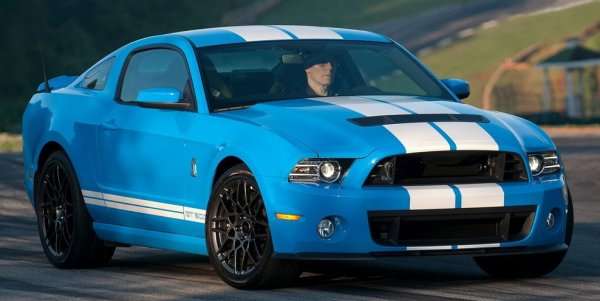 Ford Needs a Big Power Mustang more than Ever

The Ford Mustang Shelby GT350R is an awesome machine, but with the new Chevrolet Camaro ZL1 1LE likely claiming the title of the most road course capable muscle car while the Hellcat Challenger continues to keep the drag strip on lock – the Motor Company is in need of a big power Mustang more than ever.
Advertisement

When the current Ford Shelby Mustang was introduced in GT350R form, it was the most road course-capable car in the American muscle car segment. However, the 6th generation Chevrolet Camaro ZL1 hit the market with more power, looking poised to stake its claim as the superior track car when compared to the Shelby GT350R. To show off just how well the ZL1 got around a track with turns, Chevy laid down a time of 7:29.60 at the Nürburgring – making it the quickest American muscle car to ever lap the famed German road course.

Ford fans will argue that on the right road course, the track-purposed GT350R Mustang will knock off the ZL1, but with the introduction of the new Camaro ZL1 1LE – it looks like GM is going to have the trump card on a track with turns.

Provided that the 2018 Chevrolet Camaro ZL1 1LE does beat the Shelby GT350R Mustang around a few road courses, it will make the Mustang the second-best car on a track with turns. Also, with both the Hellcat Challenger and the Camaro ZL1 offering far more power and far quicker quarter mile times, the Mustang is the third-best car on a straight track.

Ford surely doesn’t like trailing Chevrolet and Dodge in the key muscle car metrics, so even with the Mustang comfortably outselling the cross-town rivals, the Motor Company and its fans are in need of a high horsepower muscle car wearing the Blue Oval.

A Supercharged Shelby Mustang would Do the Trick
The biggest shortcoming with the Ford Mustang Shelby GT350R in the battle against the Chevrolet Camaro ZL1 and the Dodge Challenger SRT Hellcat is the 5.2L flat plane V8, which “only” delivers 526 horsepower and 429lb-ft of torque. The Camaro packs 650 horsepower and the Challenger has 707 horsepower, putting the Shelby Mustang at a huge disadvantage in a drag race with the other two.

Ford and Ford fans would argue that the Shelby Mustang isn’t designed for drag racing, and that the GT350R will trounce a Hellcat Challenger on a road course, but it isn’t likely to trounce the new ZL1 1LE. The combination of the track-ready Multimatic suspension system from the 5g Camaro Z/28 with the unique aero bits and the 650hp LT4 should make the 1LE ZL1 quicker than the Mustang in the turns and on the straights.

The Mustang might still handle a little better, but the big power advantage of the Camaro ZL1 will close that gap – and maybe open a new gap in the other direction. So how does Ford Motor Company fix that?

They introduce a Mustang that handles like the Shelby GT350R, but with far more power. They could do this by simply taking one of their current V8 engines – either the 5.0L mill from the Mustang GT or the 5.2L V8 from the Shelby GT350 – and adding a supercharger setup. That would allow the Mustang to keep up with the Camaro in the straights and from there, the team could develop and handling package that would allow it to take the turns just as well as the ZL1 1LE. Also, provided that FoMoCo adds enough power, this new Mustang might be able to hang with the other two on the drag strip as well.

I recommend that this car be called the new Ford Mustang Shelby GT500, and I imagine that most people who love fast cars would agree.

Of course, this is all easier said than done, but with both Chevrolet and Dodge offering big power muscle cars that dominate in their own respective areas – Ford fans are in need of a new super muscle car of their own.