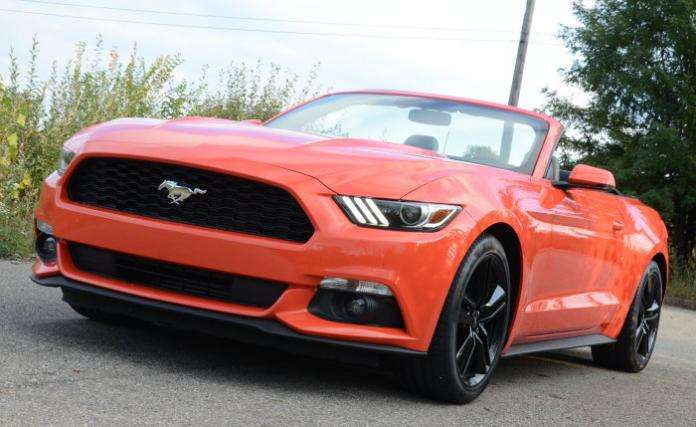 China has become a key market for those automakers looking to compete on a global level and during the first half of 2017, sales of the Ford Mustang are up by 40% over the same period last year.
Advertisement

While the Ford Mustang may have slipped below the Dodge Challenger in June 2017 sales, the Mustang is still the bestselling sporty car in the world. Outside of the US, one key market for all new vehicles sold globally is China and while Chinese buyers opt for far more sedans and SUVs, the Ford Mustang continues to improve in China – helping the original “pony car” to maintain its title as the world’s most popular sporty car.

Chinese Mustang Sales in 2017
The sales numbers for Ford Motor Company’s efforts in China over the first half of 2017 are in and with 113,671 units sold, the Ford Escort is the most popular Motor Company product in China this year. The Chinese Escort is based on what Americans know as the previous generation Ford Focus, while what we know as the current Ford Focus is second in 2017 annual sales in China with 75,714 units sold through the first 6 months.

The Ford Mustang is far down the charts, as most Chinese buyers opt for function and efficiency over performance, but with 2,070 units sold thus far this year, the Mustang is up 40% over the same period in 2016. Ford sold 454 Mustangs in June, up 44% from the same month last year and while these numbers might seem slim compared to American Mustang sales numbers, the other Ford performance models sold in China are the Focus ST and RS, which moved a total of 19 units last month.

Ford likely doesn’t expect that Chinese Mustang sales will come anywhere close to rivaling American Mustang sales, but in Ford’s conquest to offer the bestselling sporty car in the world, strong sales growth in China is a big deal. When coupled with other strong foreign markets such as Australia, Germany and India – the Ford Mustang is on track to be the bestselling sporty car, muscle car or whatever else you might want to call it in the world.

Right now, the only vehicle which can come close to challenging the Ford Mustang on a global level is the Chevrolet Camaro, but with the Camaro falling well behind the Mustang in the domestic market and with the Mustang being available in far more markets around the world – the Mustang is the odds-on favorite to hold onto the ‘world’s bestselling sporty car” title when 2017 draws to a close.