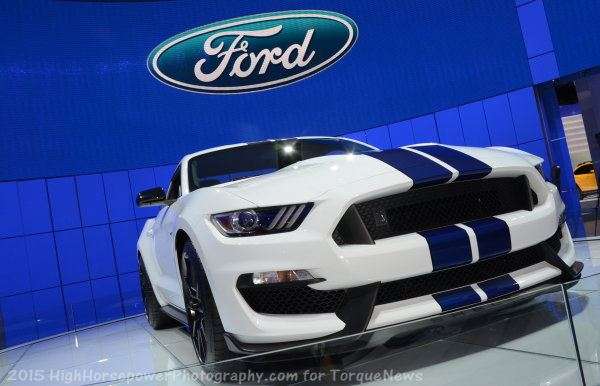 General Motors brags about the Chevrolet Camaro outselling the Ford Mustang each of the past five years, but when you look at historic sales based on model year rather than calendar year, the Mustang has outsold the Camaro a whopping 42 times in the past 51 years – with Ford selling over 4.2 million more Mustangs than Chevy has sold Camaros.
Advertisement

Over the past three years, I have closely covered the sales battle between the Ford Mustang and the Chevrolet Camaro, both on a monthly and annual basis. During that time, the Camaro has won the monthly battles more often than not while also winning the annual muscle car sales race in each of the past five calendar years. Based on annual sales, the Camaro has been the top dog in the muscle car segment since returning back in 2009, but when you look at Mustang and Camaro sales by model year rather than calendar year – it is a very different story.

The folks at Car & Driver posted an infographic showing Ford Mustang and Chevrolet Camaro sales by model year since the first car was sold back in 1964. These numbers vary from the annual sales numbers that we cover because they are based on how many examples of each model year were sold. When we discuss annual sales for the 2014 calendar year, the cars sold during that 12 month period include some 2013 models early in the year, some 2015 models late in the year and a large number of 2014 models throughout the year. There would have also been some 2014 models sold late in 2013 when the first new models arrived and early in 2015 as the company sold off the final older models.

Because of that, the difference between calendar year sales and actual model year sales can vary greatly. For example, Ford officially sold 82,635 Mustangs in 2014 while Chevrolet sold 86,297 Camaros, but the Car & Driver figures read as 134,082 Mustangs and 97,632 Camaros. Chevrolet sold more Camaros during the 12 month period of January 2014 to December 2014, but Ford sold far more examples of their 2014 model year car…and that has been the case in the vast majority of the model years throughout the existence of these two classic American performance cars.

You can check out the entire list year by year at Car & Driver, but we have put together a brief breakdown of how badly the Ford Mustang has beaten the Chevrolet Camaro over the course of the past 51 model years.

The Early Years
When the Ford Mustang was introduced in 1964, the American auto industry had never seen anything like it, so there was really no competition. Thanks to the incredible early popularity, Ford sold 1,288,557 Mustangs before the Camaro reached its first model year. Even when the Camaro was introduced in 1967, the Mustang still soundly beat the new Camaro performance car and that trend would continue through 1976, with the Mustang dominating model year sales in each of the first 10 years of the Camaros existence.

The Camaro Fights Back in the 70s and 80s
After the Ford Mustang controlled the segment for the 1960s and much of the 1970s, the Camaro slowly closed the gap through 1975 and 1976. In 1977 – the 11th model year for the Camaro – the Chevy muscle car finally outsold the Ford Mustang and it did so by a margin of some 65,000 units. Chevrolet followed that up with another beating of the Mustang for the 1978 model year, that time beating Ford by more than 80,000 units.

The Mustang would come back strong in 1979, leading the Camaro through 79, 80 and 81, but when the 3rd gen Camaro debuted for the 1982 model year, Chevrolet would lead the segment each year through 1985 only to have the Mustang come charging back and lead each year from 1986 through 1990.

Ford Controls the 90s and 2000s
After Ford and Chevy had taken turns leading muscle car sales by model year in the 1980s, the 1990s and 2000s were both very different stories. The Camaro led in model year sales for 1991, but that would be the final time that the Chevy would be at the head of the class until 2010. The Mustang took the lead in 1992 and didn’t look back for years, controlling the segment in every model year – often by gigantic margins – until the Camaro was discontinued after the 2002 model year.

After dominating the 1990s, the Ford Mustang had a free ride to lead the segment through the 2000s, as it was the only car in that segment, but that changed when the Camaro burst back onto the scene for the 2010 model year.

Even though General Motors sold more Camaros in each of the past five calendar years, Ford sold more Mustangs in the 2012 and 2014 model years.

The Total Tally
So, since the Ford Mustang was introduced back in 1964, it has outsold the Chevrolet Camaro 42 times in 51 model years. Sure, the Camaro was three years late to the party and stepped out for most of the 2000s, but even if you remove the 10 years in which there was no Camaro, the Mustang has still outsold the Camaro in 32 of the 41 model years during which both cars existed.

Finally, when it comes down to brass tacks, the Ford Mustang has sold over 9,507,000 units (up to and including the 2014 model year) while the Chevrolet Camaro has sold just under 5,299,000 units. The Camaro has claimed the recent calendar year titles, but over the past half century – there is little question as to which is the most popular muscle car.

VFanRJ wrote on June 1, 2015 - 10:40pm Permalink
Such aggressive competition ensures that the customer is the winner.

Toyota's First EV Will Have a Name of BZ: Toyota BZ
First Videos From Inside The Boring Company's Las Vegas Loop
END_OF_DOCUMENT_TOKEN_TO_BE_REPLACED