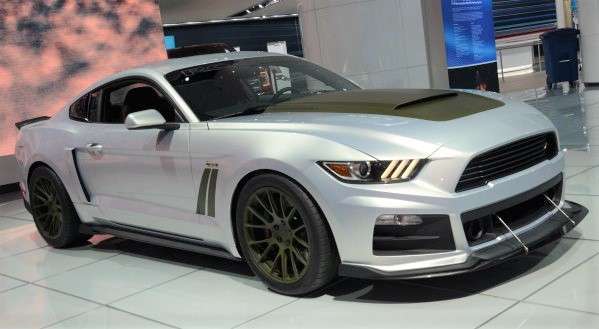 Today we bring you a look at the top 22 sports coupe sales in the USA for 2016, with the Ford Mustang, Chevrolet Camaro and Dodge Challenger topping the list of the 22 bestselling 2-door performance oriented vehicles from last year.
Advertisement

We have already brought you the news that the Ford Mustang was the bestselling American muscle car for 2016 and the Chevrolet Corvette was the bestselling premium sports coupe for 2016, but today, we bring you a look at the total rundown for sporty, 2-door coupe and convertible sales in America last year. This list includes a diverse spread of vehicles, ranging from the lower cost Ford Mustang or Mazda Miata and topping out with the likes of the BMW i8, the Audi R8 and the Dodge Viper.

While these vehicles represent several different sub-segments of the American auto industry, they are all 2-door models designed with some measure of performance in mind across their entire lineup. This list does not include vehicles which are offered as both coupes and sedans, as many automakers which take this route do not split up the sales numbers. An example of the Honda Civic, which is offered as a coupe and it does have the performance oriented Si trimline – the Civic coupe in general is not intended to be a 2-door sports model. Another example is the Fiat 500, which is only offered as a 2-door, but even with the high performance Abarth models – it majority of 500s sold are clearly not sporty models.

On the other hand, the cars on the list below are all designed by their respective automakers to be sporty and fun to drive – if not very fast and very powerful.

The Top 5 Remain the Same
First up, we have the 5 bestselling sporty 2-door models in America for 2016 – which are the exact same cars in the exact same order as 2015.

The Ford Mustang claimed the top spot with 105,932 units sold, followed by the Chevrolet Camaro in 2nd, the Dodge Challenger in 3rd, the Chevrolet Corvette in 4th and the Lexus RC in 5th – all of which saw a fairly substantial decline in sales from 2015 to 2016. However, since the decline in sales was pretty much industry-wide, the top 5 from last year were able to hold onto their spots atop the charts.

It should be noted that the Nissan 370Z was the last car on the list to move more than 5,000 units, as all of the rest were well below that mark.

The Final 4
The last 4 cars in our list of the bestselling sporty 2-door cars in America include the Audi R8 in 19th, the Nissan GTR in 20th, the Dodge Viper in 21st and the Alfa Romeo 4C in 22nd.

Check out the list below for a look at the 22 bestselling 2-door sporty cars in America with their 2016 sales numbers.